FASTEN YOUR SEATBELTS - NO SMOKING light BURNED OUT !!!
Waiting for the planes to start falling from the sky…again

Gun-grabber Harry Reid is trying to change the rules of the gun control debate, and he's willing to gut the entire Constitution to do it!

Reid has scheduled a vote on "Senate Joint Resolution 19" for next Monday, September 8th, at 6:00 PM.

Email ThisBlogThis!Share to TwitterShare to FacebookShare to Pinterest
Labels: Sen Harry Reid wants to gut US Constitution, vote NO on SJR - 19

The main web site behind Planned Parenthood’s attempt to lure students with a sex educational campaign that leads to abortion now points those teenagers to a web site promoting pornography. The pro-life group Iowa Right to Life discovered the change.
Click to Read at LifeNews.com:
http://www.lifenews.com/2014/09/03/planned-parenthood-sex-ed-website-now-takes-teens-to-porn-site/ 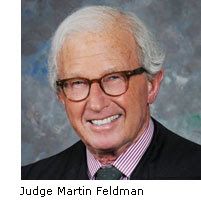 It took a brave southern judge, but the Left's perfect record on same-sex "marriage" rulings finally snapped. Earlier today, Judge Martin Feldman broke a string of 20-plus activist decisions and yielded to the democratic process on Louisiana's marriage amendment. After more than a year of constitutional contempt, Judge Feldman restored some semblance of credibility -- and sanity -- to a federal bench that had been rewriting marriage law since the Supreme Court's Windsor decision.
Refusing to cave to the small -- but vocal chorus -- of liberals, Feldman said he was reluctant to throw away centuries of natural, social science, and legal tradition to satiate a radical fringe. "This Court is persuaded that Louisiana has a legitimate interest... whether obsolete in the opinion of some, or not, in the opinion of others," he wrote, "in linking children to an intact family formed by their two biological parents."

Airports round the world will be placed on high alert following plane seizures in Libya.
US President and Sunni Muslim Barack Hussein has sent a message around
the globe that has been fully received by Islamic terrorists
everywhere, and that message is this:

"The United States of America will not offer you, Sharia Islam, any
meaningful resistance of any kind. You are free to murder, rape, kill,
destroy and pillage as you see fit. We are not concerned with attacks
on our embassies, or with the beheadings of America citizens. Do as
thou wilt" - Barack Obama, Golfer-in-chief and Community Organizer

Parents of killed SEAL write to Obama: Resign because ‘you sir, are the JV team’
Sep 02, 2014 06:46 pm
By Cheryl K. Chumley – The Washington Times – Tuesday, September 2, 2014 The parents of a SEAL Team Six member who was killed when his helicopter was shot down over Afghanistan have penned a letter to President Obama, calling into question the commander-in-chief’s leadership abilities and saying outright that he ought to resign. Billy […]

Go To Full Post: Parents of killed SEAL write to Obama: Resign because ‘you sir, are the JV team’

Email ThisBlogThis!Share to TwitterShare to FacebookShare to Pinterest
Labels: Obama claims US is not Judeo-Christian, Obama is named as JV team, Obama MIA, Obama punting on immigration, Trump blame border crisis on Obama

Email ThisBlogThis!Share to TwitterShare to FacebookShare to Pinterest
Labels: Maine wants to let abused child to die, No gay marriage in Louisiana, pro life students at Univ So Alabama

Beware of the UN Takeover of American Water Supplies

CONTRIBUTOR: common sense. Millions of children under five die every year due to toxic germ-infest unsafe drinking water. This means that almost four babies a minute die from a lack of water according to UN-Water’s estimations. In the 2014 World Water Report released on the eve of World Water Day, the UN said...

"National defense is one of the cardinal duties of a statesman." --John Adams, letter to James Lloyd, 1815

Email ThisBlogThis!Share to TwitterShare to FacebookShare to Pinterest
Labels: Biden on the stump, Conservatives can take the hearts of women and Hispanics, Energy prices increase, Obama confused on ISIL/ISIS, Second journalist beheaded by ISIS

Email ThisBlogThis!Share to TwitterShare to FacebookShare to Pinterest
Labels: Obama has no intention of destroying ISIS, Obama leading nation to financial ruin

THE END OF RALSTON REPORTS?

It was announced today that KSNV is being acquired by Sinclair Broadcast Group, one of the largest broadcasting companies in the country, subject to regulatory approvals.  And here’s where things could get interesting…

Email ThisBlogThis!Share to TwitterShare to FacebookShare to Pinterest
Labels: Bilbray continues lying, John Ralston and Rory Reid may be cut from NBC

HOLDER IS CERTAINLY NOT PROTECTING AMERICA

WHY WOULD ERIC HOLDER’S FBI REFUSE TO INVESTIGATE THESE TERRORIST CAMPS IN AMERICA?

This is the 3rd and most outrageous Democrat ad against Joni Ernst in 3 weeks -- now we know they're running scared.

I'm going to keep this short -- Senate candidate Joni Ernst, Congressman Steve King, and the rest of the conservative slate are under heavy attack.

AND I NEED YOUR HELP.

Through the Tea Party Leadership Fund's special conduit program, 100% of your donation will go to the candidates -- split five ways between five, hard charging conservative candidates - each getting 20%.

There will not be one nickel in fees, thanks to the Tea Party Leadership Fund!

Tainted Fruit - Watch Out For This Hidden Ingredient
Heather Callaghan

Sep 03, 2014 02:20 pm
The former Obama Administration official was arrested in May 2013 from his home in Germantown, Md.
This post originally appeared on Western Journalism - Informing And Equipping Americans Who Love Freedom


Read More and Comment: What This Former HHS Official Did Will Make Even His Supporters Shake Their Heads In Disgust
Read more »
Posted by Pastor Lee S. Gliddon Jr. at 5:46 PM No comments:

UK PM Claims ISIS “Make no Distinction between Muslims, Christians or Any Other Faith.”


This is the kind of madness that leads to 1,400 girls being raped

The American Aristocracy
At one point in American history, and a point I hope we get back to, if an American worked hard enough, he could work his way up through the ranks to great success. He did not need a college degree. In the upper stratosphere, connections helped and eased the way. But outsider could still work their way in through hard work.

In Obama’s America, it is harder and harder. Both parties largely exist as corporate entities. . . . please click here for the rest of the post →