If Vladimir Putin expected the western propaganda campaign to slacken in the wake of his speech this week announcing Russia is ready to accept four Ukrainian oblasts as new republics in Russia, he is very disappointed today. There has been a flood of reports claiming that the Russian stock market is collapsing and that Russian men of military age are fleeing the country in droves.

The reality is that reaction in Russia has been more positive than negative. Are there protests? Yes. Funny about that. I thought Putin’s Russia was the reincarnation of the bad Soviet Union and anyone protesting would be carted off to the Gulag. There have been a few arrests, but the protests have not been quashed.

Western sources are circulating videos on social media of lines of cars trying to get out of Russia and lines of young men at the airports looking for a safehaven overseas. Is it true? Well, there are other videos of lines forming outside military recruitment offices in Russia.

So let us look at the economics. Consider the claim that Russia’s economy is collapsing:

Russia’s stock market crashed on Wednesday following President Vladimir Putin’s announcement of a partial mobilization to support his campaign in Ukraine. . . . After resisting for months to Western sanctions, the Russian economy is now starting to show signs of a significant decline, as decreased energy exports to Europe bring consequentially lower profits.

Is that true? Not really. If we follow this logic then does the 20% decline in the U.S. stock market since November 2021 signal the end of America? Here are the facts about the Russian stock market:

The ruble-based MOEX Russia index closed 2.8% higher at 2,190 on Thursday, slightly rebounding after plunging 12.3% in the last two sessions as investors monitored corporate news amid further escalation of the war in Ukraine and fresh threats to the West. This week, President Putin ordered the country’s first military mobilization since World War II and emphasized Russia’s readiness to use its nuclear weapon arsenal after announcing plans to formally annex four Ukrainian territories through referendums set for this weekend. The annexation is seen by many as serious means of escalation, giving grounds for the Kremlin to consider Ukraine’s recent counterattack an aggression on Russian soil with Western weapons. On the corporate front, Gazprom shares surged 8% as its board announced interim dividends of RUB 51 per share for its record-setting profits in the first half of 2022. Banks also booked gains after the central bank announced it extended reserve requirement relief measures.

What about the Ruble? If there really was an exodus of Russians fleeing to western and Asian nations those people would need foreign currency. Why? Because the Russian Ruble won’t buy you a cup of coffee in Finland, Sweden or Germany. That means there should be a major increase in demand for foreign currency, which means the price of the Ruble should have plummeted. It did not. Check out this chart:

The price of the Ruble has remained steady since the end of July. There was no precipitous drop of any kind in the Ruble today.

The Russian ruble was at 60 per USD in September, remaining well above levels prior to Russia’s invasion of Ukraine and cementing its rebound from the record low of 150 touched in March, supported by strict capital controls and trade imbalances. Higher prices for energy and commodities since the start of the war lifted export revenues and relative ruble demand amid a collapse in importing activity due to sanctions. On top of that, monetary authorities mandated hefty fees and negative interest rates on currencies from “unfriendly” states. The disparity is reflected in the widest current account surplus on record of USD 70.1 billion in Q2 from USD 17.3 billion in the corresponding period of the previous year. Strength in the ruble withstood the CBR cutting borrowing costs to below pre-invasion levels, amid continuous weekly deflation readings and calls for ruble devaluation by policymakers in the central bank and the State Duma. .

I think Putin’s speech this week may dent his popularity, but opposition political parties are not likely to get a big boost. Putin is appealing to the Russian patriotism and that still has strong appeal in Russia. Also important to point out that the limited mobilization Putin announced only affects the men and women who serve in Russia’s reserves. He is not going to raid the universities and dragoon students into the army. The use of reserve personnel means that the training cycle for reinforcements will be accomplished before the end of the year, if not sooner.

Let me conclude by giving you some of the hysterical headlights announcing the impending doom of Putin and Russia:

Putin’s losses in Asia are bigger than in Ukraine

The end is near for Putin’s war against Ukraine

Putin was so upset about these developments that he said this in his speech today marking the 1160th anniversary of Russian statehood (you read that right, more than 1000 years):

During more than a millennium, our statehood has lived through many eras, including cruel enemy invasions, disunity and the tragedies of feuds, but each of these difficult periods invariably ended with the revival of the Fatherland. The heroic generations of our people overcame difficulties and adversities, withstood the trials. They created and expanded the grandeur of our Fatherland and covered their names with glory.

We remember and cherish these truly outstanding people: Rurik and Prophetic Oleg, Princess Olga and Svyatoslav Igorevich, Prince Vladimir and Yaroslav the Wise, Vladimir Monomakh and Alexander Nevsky, Dmitry Donskoy and Sergius of Radonezh, Ivan III and Ivan the Terrible, Yermak, Minin and Pozharsky, Dezhnev and Bering, Peter the Great and Catherine the Great, Lomonosov and Pushkin, Suvorov and Ushakov, Alexander II the Liberator and Alexander III the Peacemaker, Brusilov and Denikin, Zhukov and Rokossovsky, Kurchatov, Korolev and Gagarin.

These and many other of our compatriots were larger-than-life, complex and occasionally controversial historical figures. Some of them saw Russia’s future differently and were even on the opposite sides of the barricades. You know, when drafting this text, I scribbled in and crossed out names like Nicholas II, Lenin, Stalin. Apparently, not enough time has passed since then from a historical point of view for us to give comprehensive and objective assessments that are free from the pressure of ongoing political developments.

However, all of them, including statesmen, workers, warriors, pioneers, scholars, ascetics and saints and, most importantly, all our people made Russia a great global power and determined its future. . . .

Being part of a diverse Russian civilisation means happiness, but, let me repeat, it also means responsibility and duty. Our civilisation is distinct. It has its own path and there is not a bit of arrogance or a feeling of superiority in this. This civilisation of ours – this is what’s important to us.

And we will fight for our Fatherland, our homeland of which there is only one, for our independence and sovereignty, for our culture and traditions. We will uphold and defend this in the name of our ancestors and our descendants, for the sake of Russia, its great history and its great future.

The Russians have seen a few more ups and downs than most countries, except for China. But this does not sound like a frightened leader who believes his back is to the wall and Russia is facing a new defeat. 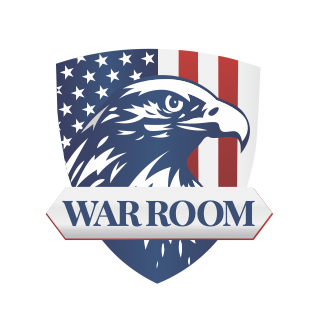 WarRoom Battleground EP 143: Breaking Down The Data That The Establishment Fears

Episode 2174: Every State Is a Border State And They Are Feeling The Pain From Biden's Border Crisis; That To America; Loudon County Refuses To Kneel To The Liberal Ideology Of The School Board

We discuss the Trump lawsuit, school boards, the border, and more.