OBAMA - LET JOBS AND ENERGY PREVAIL OVER YOUR POLITICAL ANTICS!

Keystone to be linked to U.S. highway bill: Boehner

WASHINGTON (Reuters) - Republican lawmakers will try to force the Obama administration to approve the Canada-to-Texas Keystone XL pipeline by attaching it to a highway bill that Congress will consider next month, House of Representatives Speaker John Boehner said on Sunday.
President Barack Obama earlier this month denied TransCanada's application for the oil sands pipeline, citing lack of time to review an alternative route within a 60-day window for action set by Congress.
Read more »
Posted by Lee S. Gliddon Jr. at 4:17 PM No comments:

Watch this video, and think about what is happening here, drones in every country in the world if we want?  We now have them patrolling here in the us, would our own government use them as assault weapons on it's own people?
Building more and more drones, even when we are going broke.http://www.youtube.com/watch?v=KP1spqicSLM&feature=player_embedded

Drones are robots, and will not refuse an unconstitutional order!

Email ThisBlogThis!Share to TwitterShare to FacebookShare to Pinterest
Labels: Illegal Drone use

Submitted by: Nancy Battle
Just THINK ABOUT THIS.........if we don't PUT A STOP TO THIS....we will resemble Germany pre-WWII more than we'd like to think, only IT WILL COME QUICKLY, BEING THAT WE NOW HAVE THIS MODERN TECHNOLOGY !!!!!!!!  We'd better SCRUTINIZE THESE PEOPLE WE SEND TO CONGRESS MUCH MORE DRASTIC THAN IN THE PAST OR WE'LL NEVER, EVER BE A 'FREE PEOPLE!!'--------Nancy
http://americanfreepress.net/?p=965
Posted by Lee S. Gliddon Jr. at 3:32 PM No comments:

Email ThisBlogThis!Share to TwitterShare to FacebookShare to Pinterest
Labels: Obamawants drones to monitor US citizens

Romney Backed by Goldman Sachs, Bailout Banks
The top donor to former Massachusetts Gov. Mitt Romney's presidential campaign, investment banking and securities firm Goldman Sachs, received over $10 billion in emergency lending and bailouts from the Federal Reserve after the 2008 financial meltdown, according to public sources and published reports.
Goldman backed Obama for election in 2008, and the firm, like many Wall Street institutions, is now backing Mitt Romney for president. 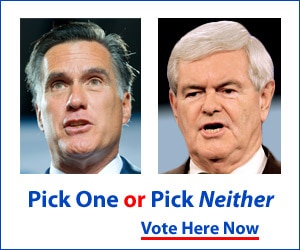 Romney has long had a close relationship with Goldman Sachs. In 1999 Romney purchased initial IPO shares in Goldman that netted him $1.1 million in profits when he sold them in 2010. And The New York Times recently reported that "many of the assets in Romney's blind trust" are managed by Goldman.
Today, Goldman is Romney's largest donor. And nine of Romney's top 20 campaign contributors are big Wall Street Banks like Goldman. But Goldman leads all Romney contributors, having donated $357,200 to his campaign, according to the Center for Responsive Politics. And six of those nine top contributors received over $161 billion in taxpayer bailouts, reports ProPublica, the independent, Pulitzer Prize-winning investigative organization.

BECK FORCED TO FIGHT AGAINST SOROS FOR HIS FREE SPEECH

Glenn Beck Staff Threatened by Soros OperativesBy Cliff KincaidCanadaFreePress.com
Cliff Kincaid, president of America's Survival, Inc. (ASI), a public policy organization, is leading a "Bring Back Beck" campaign to return Glenn Beck to the Fox News Channel, where he had a popular program devoted to analyzing current and future events, including the role of hedge fund billionaire George Soros, in the American political environment. Kincaid has produced several articles examining the role of Soros-funded groups in forcing Beck’s departure from the channel last year.
Read the Full Story

Video: Obama Wants to Give Your Phone Number to Union Organizers

Watch the Video and Comment: Video: Obama Wants to Give Your Phone Number to Union Organizers

OBAMA A THREAT TO THE U.S.A.

Video: Allen West, Obama “Get the Hell Out of the USA”!

Watch the Video and Comment: Video: Allen West, Obama “Get the Hell Out of the USA”!
Posted by Lee S. Gliddon Jr. at 3:05 PM No comments:

Email ThisBlogThis!Share to TwitterShare to FacebookShare to Pinterest
Labels: Video of Allen West

IS OBAMA BEING FOISTED OFF ON AMERICA? IS CONGRESS COMPLICIT?

Submitted by: Sandra
Documentary: Obama "Propped Up" By Congress!
If you never watch another video, watch this one, this proves the Democrats(And some Republicans) KNOW Obama is NOT an American and is serving ILlegally and UNconstitutionally and the efforts they made are recorded in the Congressional Record, attempting to change the Constitution so he could serve legally. EVERYONE that cares about and loves this Constitutional Republic absolutely MUST watch and forward this video!!!!!!
This one must go viral. I won't be surprised when the people of this country begin
calling for an Impeachment.
This guy and his croonies have been intentionally deceiving the American public and his friends in Congress have been propping him up.. Where are our elected representatives. CLICK BELOW TO OPEN

Email ThisBlogThis!Share to TwitterShare to FacebookShare to Pinterest
Labels: A question of eligibility

WHAT OUR TEACHERS (LIBERAL) ARE UP TO

This will scare you to death. I am afraid she is right.

ATTACK OF THE PAULTARDS: THE SEQUEL

For the latest example of how certain Ron Paul supporters self-destructively act as voter repellants rather than voter magnets, I give you Carl Dunce.
Dunce – Paul’s state director for Nevada - has his panties in twist over the Clark County GOP holding a special after-sundown caucus next week for Orthodox Jewish and 7th Day Adventist Republicans at a private school named after Sheldon Adelson – perhaps THE most generous donor to conservative/libertarian/Republican causes and candidates in all of Nevada in the history of Nevada.

TIRED OF THE LIES YET? IF SO, GET OBAMA OUT!

Diversion, Duplicity, and DeceptionI don’t know about you, but I’m tired of paying for President Obama’s campaign speeches.  Let him begin spending some of the billion dollars he’s got stashed away for campaign funds.  I’m tired of paying for hugely expensive aircraft so Michelle can come and go as she pleases when they take vacations, too… why are taxpayers responsible for her travel?  She’s not the President.  Let her and her hand servants fly United on their own dime. One thing became clear to me.......
http://www.newswithviews.com/Barnewall/marilyn178.htm
by Marilyn Barnewall

DEMOCRATS THINK SOCIAL SECURITY FUNDS ARE THEIRS TO SPEND

Truth About Social Security and the Democrat Party
The Social Security Amendments of 1954 ex-tended (1) mandatory coverage to, among others, some self-employed farmers, self-employed engineers, architects, accountants, and funeral directors, all Federal employees not covered by government pension plans, farm and domestic service workers not covered by the 1950 amendments, and (2) voluntary coverage to ministers, and certain State and local government employees already covered by staff retirement systems. The bill also raised the.....
http://www.newswithviews.com/Anghis/roger199.htm
by Pastor Roger Anghis

Email ThisBlogThis!Share to TwitterShare to FacebookShare to Pinterest
Labels: Dems and Social Security

OBAMA'S CONTEMPT OF OUR JUDICIARY MAY BE HIS UNDOING

A Message From One Of The Attorneys At Obama’s Eligibility Proceedings In Atlanta
Jan 28, 2012 01:58 pm | Breaking News
Fellow Constitutionalists, One of my earliest childhood memories is of my parents talking about Nixon and the Watergate scandal. I remember the newspaper headline: “Nixon Resigns!” President Nixon’s fight against court subpoenas made international news. Yesterday President Obama completely ignored… Continue to Post Submitted by: Nancy Battle
DON'T YOU JUST LOVE IT WHEN A POLITICAL 'HACK'S SPOKESMAN' GETS HIS 'DUE??'
LOVED THIS & YOU WILL TOO..........GUARANTEED !!!!!!!!!!!!----------Nancy
http://www.westernjournalism.com/radio-host-destroys-romney-mouthpiece/?utm_source=Western+Journalism&utm_campaign=d7fe1ca4f4-RSS_EMAIL_CAMPAIGN&utm_medium=email
Posted by Lee S. Gliddon Jr. at 11:30 AM No comments: