NEVADA - SUPPORT SENATOR DEAN HELLER AND DONATE TO HIS CAMPAIGN

Email ThisBlogThis!Share to TwitterShare to FacebookShare to Pinterest
Labels: Heller for US Senate

Boehner demands Senate cancel its vacation Racing to meet an end-of-year deadline, House Speaker John A. Boehner said Monday the House will insist on a full-year extension of the payroll tax cut and demanded senators cut short their Christmas vacation, return to Washington and hash out an agreement the old-fashioned way. “The president has said repeatedly no one should be going on vacation until the work is done. Democratic leaders in the House and Senate have said exactly the same thing,” Mr. Boehner, Ohio Republican, said at a morning press conference.Read More
Posted by Lee S. Gliddon Jr. at 5:05 PM No comments:

Senator Harry Reid Moves To Approve PROTECT IP And Begin Censoring The Internet
Apparently ignoring the widespread protests about both SOPA and PROTECT IP (PIPA) from the last few months (and the momentum growing against both bills), it was announced over the weekend that Harry Reid is seeking to override the hold on PIPA put forth by Senator Ron Wyden (along with Senators Jerry Moran, Maria Cantwell and Rand Paul) by seeking cloture. This isn’t a huge surprise. Last week Senator Reid had informed other Democratic Senators that he intended PROTECT IP to be the first bill he brought to the floor when the Senate returns for business in January. So, now the cloture vote will happen January 24th, 2012 just as the Senate comes back into session.
Read More
Posted by Lee S. Gliddon Jr. at 5:01 PM No comments:

Email ThisBlogThis!Share to TwitterShare to FacebookShare to Pinterest
Labels: Reid wants Internet censoring. Will not protect according to US Constitution

ACORN WAS DEFUNDED BUT HAS OBAMA REGENERATED THEM? DOJ IN COLLUSION?

DOJ plots with ACORN-connected group to stop "Voter ID" lawsProject Vote and the “community organization” ACORN have both been linked to massive voter registration fraud. A total of 70 ACORN employees in 12 states have been convicted of voter registration fraud. And as documented in a July 2009 report by the House Committee on Oversight and Government Reform, of the 1.3 million registrations Project Vote/ACORN submitted in the 2008 election cycle, more than one-third were invalid.....http://www.newswithviews.com/NWV-News/news290.htmby NWV News
Posted by Lee S. Gliddon Jr. at 2:37 PM No comments:

READ AND HEED - WE ARE AT RISK

Coming World War, Apocalypse Now and Nukes Going off in America?At the present moment, the world is in the most dangerous position it has ever been in since the Flood of Noah. As predicted by the ancient prophets, nations like Russia, Iran, Israel, Europe and Turkey are directly involved in planning an invasion of Israel or appear to be monitoring it closely. In chapter 38 of the Book of Ezekiel there is a reference to “the young lions of Tarshish” looking on while there is an invasion of Israel by Gog and Magog. This is happens when Russia, Iran and an alliance of other Middle Eastern nations invade Israel......http://www.newswithviews.com/McGuire/paul108.htmby Paul McGuire
Posted by Lee S. Gliddon Jr. at 2:33 PM No comments:

OPERATION FAST & FURIOUS IS
OBAMA'S WATERGATE
UPDATE: JUST LIKE DURING THE WATERGATE YEARS – PRESSURE IN THE WHITE HOUSE IS MOUNTING AS NEW EVIDENCE BEGINS TO UNVEIL A MASSIVE ADMINISTRATION COVER UP. WILL OBAMA GO OUT LIKE NIXON?
INDICTING ERIC HOLDER IS THE FIRST STEP
TO IMPEACHING BARACK OBAMA! – Fax Congress Now! 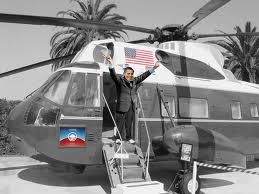 For those who remember history, it was not the actual break-in at the Watergate hotel that brought down Richard Nixon, but rather the Administration's cover up of the crime that forced the embattled President out of office. And if you recall correctly, the fall of the Administration began in large part with the criminal implication of Richard Nixon's Attorney General.
We have been reporting for months the obvious truth that Operation Fast and Furious not only constituted a criminal enterprise on behalf of the Obama Department of Justice, but also that Attorney General Eric Holder was actively working to cover up the Administration's crimes.
INDICTING ERIC HOLDER IS THE FIRST STEP
TO IMPEACHING BARACK OBAMA! – Fax Congress Now!
Read more »
Posted by Lee S. Gliddon Jr. at 2:22 PM No comments:

Free PDF Copy of The Coming Collapse of the American Republic.
http://tartanmarine.blogspot.com/2011/10/free-copy-of-coming-collapse-of.html
A Vietnam Christmas Story
http://tartanmarine.blogspot.com/2011/12/short-fiction-merry-christmas-snake.html
Short fiction. A repeat if you are a long-time blog follower. ~Bob.
Build it and they will come
http://tartanmarine.blogspot.com/2011/12/they-will-come.html
Cartoon
Book Recommendation: The Zookeeper's Wife: A War Story by Diane Ackerman
http://www.amazon.com/s/ref=nb_sb_noss?url=search-alias%3Dstripbooks&field-keywords=Zoo+Keepers+Wife&x=15&y=22
My wife and I like to use our drive time to listen to books on tape, but finding one we both like can be a challenge. We both loved The Zookeeper’s Wife. When the German’s invaded Poland in 1939, much of the Warsaw Zoo was destroyed, the animals killed of looted. But the Zookeeper and his wife joined the Polish underground, and turned the Zoo into a refuge for people, mostly Jews, but also members of the resistance. This is an uplifting story of courage and compassion in the midst of horror and inhumanity. About 300 people passed through the Zoo during the war, and all but a few survived. There was a great quote in the book from a Polish philosopher. If you have a secret and keep it, it is your prisoner. If you let it slip from your tongue, you become its prisoner. We highly recommend the book.
Read more »
Posted by Lee S. Gliddon Jr. at 2:04 PM No comments:

END THE FRAUD - NO 'OBAMA' ON BALLOTS 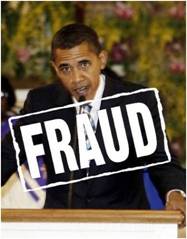 Georgia Secretary of State Brian Kemp's office is pursuing FIVE separate ineligibility complaints filed by Georgia residents. Each complaint argues that Barack Hussein Obama II is ineligible to appear on the 2012 Georgia Presidential ballot. Secretary Kemp has assigned 5 different hearings under five different judges, so that the complaints can move forward.
FAILURE TO APPEAR ON THE GEORGIA BALLOT WOULD COST OBAMA DEVASTATING MEDIA, AND 15 ELECTORAL VOTES!
As our Founding Fathers intended, it is the States which protect us from all out tyranny. The federal election in 2012 and the constitutional eligibility of the candidates is no different. In the end, OUR STATES are responsible for ensuring the eligibility of candidates and OUR STATES will protect us from the tyranny of a Presidential usurper.
Read more »
Posted by Lee S. Gliddon Jr. at 1:42 PM No comments:

Email ThisBlogThis!Share to TwitterShare to FacebookShare to Pinterest
Labels: Sen Schumer chooses Irash over US Citizens

Sheriff Joe Arpaio deftly addressed the politically-motivated finding by Obama’s Department of Justice this past Friday. In his statement, Arpaio calls out the Obama administration for stacking the deck against him and anyone else trying to save America from illegal immigration. The DOJ is now using the threat to cut millions in federal funding from Arizona law enforcement unless Sheriff Joe abandons his successful enforcement of federal immigration law.According to Sheriff Joe, the Obama administration’s measures will “dump criminal illegal immigrants back onto a street near you. For that, you can thank your federal government. By their actions today, President Obama and a band of his merry men might as well erec...t their own pink neon sign at the Arizona/Mexico border saying, 'Welcome all illegals to your United States. Our home is your home." We couldn’t have said it better.

The front-running Republican presidential hopeful Newt Gingrich has been under attack from his rival GOP candidates over his immigration policy that would give established illegal immigrants amnesty while deporting roughly 7 million others who may be eligible to return legally with work permit in hand in the near future. Part of his plan calls for some kind of citizen review board to assess whether illegal immigrants are eligible to get a residency permit and remain in our country.The former House Speaker said he expected about 1 million of the estimated 12 million illegal immigrants to qualify for his amnesty plan, adding that they would have to be sponsored by an American family (like their anchor baby relatives).
Help MMPAC Secure the Border NOW!
Select HERE!
Posted by Lee S. Gliddon Jr. at 10:56 AM No comments:

Email ThisBlogThis!Share to TwitterShare to FacebookShare to Pinterest
Labels: Gingrich on Illegal Aliens 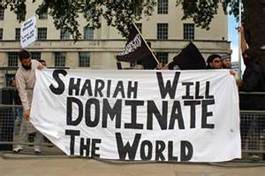 Hillary Clinton has been holding secret closed door meetings with Islamic leaders in an effort to implement the United United Nations Resolution 16/18, which seeks to prevent any speech that might be "offensive" to Muslims.
Apparently the United Nations and Hillary Clinton's State Department have chosen dhimmitude over liberty, and will comply with Shariah Law.
Shariah Law makes NO exceptions. Any speech or activity that contradicts Islam is condemned and punished. In the Middle East, dissidents are stoned to death or beheaded. Here in America, they are apparently detained and labeled as "security threats" – at least for starters. We do not yet know where this repression will end. But clearly, Hillary already has opted to submit us to compliance to Shariah Law.
STOP SHARIAH LAW IN THE U.S. – SUPPORT H.R. 973
Read more »
Posted by Lee S. Gliddon Jr. at 10:08 AM 1 comment:

WHO WILL PROTECT THE UNBORN?

The #1 question none of the presidential candidates have been asked…

Given the fact that the chief obligation of civil government is to protect the inalienable right to life for all innocent human persons and the fact that the 14th Amendment to the United States Constitution guarantees that no state shall deprive any person of life, liberty or property without due process of law nor deny any person within its jurisdiction equal protection under the laws, will you solemnly swear to enforce the 14th amendment when individual states fail to do so (as is sadly the case in all 50 states in our nation)?
If you can fulfill your primary moral and Constitutional duty, I can vote for you.
In not, then I, as a Christian, can not.
Is there one candidate running for the chief law enforcement officer of the United States of America that will promise to enforce the 14th amendment to the United States Constitution and put an end to the 4,000 pre-born babies that are murdered in cold blood in our country each and every day?
If there isn’t, does it really matter where any of the candidates stand on tax rates, border fences, oil drilling etc…?
Comments: http://greggjackson.com/blog/?p=702
Posted by Lee S. Gliddon Jr. at 9:38 AM No comments: