Dec 22, 2011 04:21 pm“You need to know that Eric Holder…played a key role in covering up the torture-murder death of my brother, Kenneth Michael Trentadue.”[1] This is what Salt Lake City attorney Jesse Trentadue wrote in December 2008 to prospective incoming chairman of the Senate Justice Committee, Patrick Leahy. The newly elected Barack Obama had made Holder his [...]Read More and Comment: Wrongful Death Case Expoes Eric Holder’s Role in OKC Bombing
Posted by Lee S. Gliddon Jr. at 4:40 PM No comments:

Email ThisBlogThis!Share to TwitterShare to FacebookShare to Pinterest
Labels: Holder and OKC bombing

CARTER SENT CONDOLENCES TO A CRIMINAL

Back when the MA Supreme Court absurdly claimed that the Constitution gave homos the right to marry each other, Mitt Romney instantly rose to the occasion and ordered his JPs to perform same sex marriages when asked to do so.
The problem for him is that the governor does not have to obey the Supreme Court. He lied when he said he had to do this.
I recommend a book by Steve Deace and Gregg Jackson titled "We Won't Get Fooled Again." It is all about this upcoming election and about how America got off track by accepting false assumptions about the Supreme Court and its purview, which are actually supposed to be quite limited. (The book is available as a download on Amazon or from Barnes & Noble and would make a great Christmas gift. Just make sure the recipient isn't one of Mitt's paid shills, whose numbers are legion).
Gregg lived in MA at the time of all these Romney shenanigans and no one knows the REAL Mitt like he does.
Don Hank
Posted by Lee S. Gliddon Jr. at 4:21 PM No comments:

OBAMA A MUSLIM PLANTED IN THE WHITE HOUSE?

Email ThisBlogThis!Share to TwitterShare to FacebookShare to Pinterest
Labels: "Blame anyone but us" Obama's plea, 3 Muslim Terrorists convicted, Spy

DUH - STUPID IS AS STUPID DOES


This is a fun quiz. Listed below are 10 direct quotes. You have to guess which American politician said it. Your four choices are:

Email ThisBlogThis!Share to TwitterShare to FacebookShare to Pinterest
Labels: Obama's gaffes (a few)

Submitted by: Lady E
Greetings,
INTRODUCTION
I have been asked repeatedly about my support for the candidacy of former Speaker Newt Gingrich and have decided to put my thoughts in writing.  The length of this email is an attempt to respond to many questions that have come to me over many months.
A part of my motivation in writing stems from the fact that I have spent much time with him over the past two years.  I am particularly concerned hearing people discuss some aspects regarding him about which they know very little.
Those who disagree with me have every right to do so.  I have little compulsion to try to “persuade” anyone.  I am, rather, attempting to give explanation to those who are asking for insight.
(Note: I request that if I am quoted, I am quoted accurately and in context.  The length of the letter is, in part, so that my observations can be contextualized appropriately.)
SUMMARY OF THIS LETTER:
Read more »
Posted by Lee S. Gliddon Jr. at 3:47 PM No comments:

Email ThisBlogThis!Share to TwitterShare to FacebookShare to Pinterest
Labels: Support of Gingrich by a Pastor

ROMNEY LIED AND STICKS TO IT

When Newt lied about something on the public record (incredibly stupid move), I called him on it.
Next day he was down in the polls and within a week he was a dead candidate walking.
It was'nt because of my article, it was because the whole nation saw a grown man playing a stupid infantile game with the truth, treating us as if we were as dumb as he is. Turns out we weren't.
But if any of the candidates invented this idiotic kiddy game, it was Mitt Romney. Here is the big jerk on the airwaves, lying his head off about something anyone with a computer can check on:
http://www.massresistance.org/romney/gregg_jackson_122007.html
Not presidential material, not even close.
Don Hank
Posted by Lee S. Gliddon Jr. at 3:29 PM No comments:

Submitted by: Lady E
Michelle Obama's Unsavory School Lunch Flop
By Michelle Malkin
http://www.JewishWorldReview.com | The road to gastric hell is paved with first lady Michelle Obama's Nanny State intentions. Don't take my word for it. School kids in Los Angeles have blown the whistle on the east wing chef-in-chief's healthy lunch diktats. Get your Pepto Bismol ready. The taste of government waste is indigestion-inducing.
According to a weekend report by the Los Angeles Times, the city's "trailblazing introduction of healthful school lunches has been a flop." In response to the public hectoring and financial inducement of Mrs. Obama's federally subsidized anti-obesity campaign, the district dropped chicken nuggets, corn dogs and flavored milk from the menu for "beef jambalaya, vegetable curry, pad Thai, lentil and brown rice cutlets, and quinoa and black-eyed pea salads."
Read more »
Posted by Lee S. Gliddon Jr. at 3:23 PM No comments: 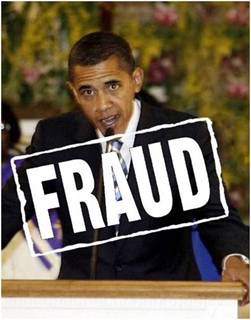 UPDATE: Leftist voter fraud is ramping up for the 2012 election even as Obama's ACORN affiliate "Project Vote" has been forced to admit submitting over 400,000 fraudulent voter registrations during the 2008 election cycle. We know Obama's financial support in 2008 was criminally illicit, to the tune of hundreds of millions of dollars from unqualified foreign donors and contributors illegally exceeding the federal donation limit. To prevent the Obama regime from stealing yet another election, we MUST stop the candidate this voter fraud is meant to elect!
END ELECTION FRAUD – FAX ALL 50 STATES NOW!
Read more »
Posted by Lee S. Gliddon Jr. at 2:55 PM No comments:

Email ThisBlogThis!Share to TwitterShare to FacebookShare to Pinterest
Labels: ACORN and its voter fraud

My 7-Point Proposal for Fixing the Illegal Immigration Problem When it comes to the issue of illegal immigration – and that’s what I’m talking about here; illegal, not legal immigration – no one, except Newt Gingrich, wants to talk about the 800-pound gorilla in the room: What do we do with the estimated 10-12 million illegals presently residing in the U.S.?  And there are really only two options here, folks. We can either deport/force-march millions of people back over the border – which would entail breaking up many, many families; some, as Gingrich has pointed out, who have lived here since before Al Gore invented the Internet.  Or we can figure out an acceptable compromise, short of “amnesty,” to allow some, under specific conditions, to remain.

I wish all my readers and contributors a joyous and safe holiday season, and the best of New Years. I don’t have time, literally, to open half the e-mails I get. Without folks feeding this blog, it wouldn’t exist. And without readers, it wouldn’t have a purpose. ~Bob.
Worth Reading: Best Political Quotes of 2011
http://rightwingnews.com/quotes/the-third-annual-50-best-political-quotes-of-2011/
No on Mitt Romney by Ben Shapiro
http://townhall.com/columnists/benshapiro/2011/12/21/no_on_mitt_romney
Excerpt: Throughout the Republican debates, Romney has somehow suckered much of the conservative world into believing that he is a solid fiscal, social and foreign policy conservative. He says many of the right things -- though he looks supremely uncomfortable saying them -- and this has been enough to send the GOP establishment, which loves a blue state Republican, into spasms of ecstasy. But as my dad told me when I was 10 years old: Don't watch what people say, watch what they do. (If you think this is rough on Romney wait ‘til the Dems start attacking him. –Steve.)
Read more »
Posted by Lee S. Gliddon Jr. at 12:27 PM No comments:

2. The Ron Paul Newsletter and His Jeremiah Wright Moment

3. Ron Paul Hates Republicans and Everything They Stand For

Stansberry: The Corruption of America
Read more »
Posted by Lee S. Gliddon Jr. at 11:45 AM No comments:

OBAMA HAS NAMED U.S. CITIZENS AS AN ENEMY - THAT MAKES HIM OUR ENEMY

Exclusive: Military to Designate U.S. Citizens as Enemy During Collapse

FEMA Continuity of Government Plans Prep Total Takeover of Society, Dispatching Military Domestically Under Economic Collapse Emergency Aaron Dykes and Alex JonesInfowars.comDecember 21, 2011Infowars has discovered new FEMA documents that confirm information received from DoD sources that show military involvement in a FEMA-led takeover within the United States under partially-classified Continuity of Government (COG) plans. It involves not only operations for the relocation of COG personnel and key officials, population management, emergency communications and alerts but the designation of the American people as ‘enemies’ under a live military tracking system known as Blue Force Situational Awareness (BFSA).
Read more »
Posted by Lee S. Gliddon Jr. at 11:29 AM No comments:

Email ThisBlogThis!Share to TwitterShare to FacebookShare to Pinterest
Labels: Obama names US citizens as ENEMY

"The Great Goodness Within Us!"
from - The Parallax Prophecies -
By Ron Ewart, President
National Association of Rural Landowners
and nationally recognized author on freedom and property rights issues.
We are helping to spread freedom and liberty around the globe.
© Copyright Thursday, December 22, 2011 - All Rights Reserved

"In spite of all of our individual and collective faults, there is a 'great good' that exists in a very large number of us.  That good is personified in a wide range of human traits and behavior including private and public achievements, sacrifice, industry, creativity, empathy, generosity, spontaneous volunteerism and spirit, either as individuals or as a society.  Unfortunately, due to the 'distorted window' through which we view our information, that 'great good' in us seems to be eclipsed by an over-zealous emphasis on that which appears to be 'bad' within us."    Ron Ewart
Read more »
Posted by Lee S. Gliddon Jr. at 11:20 AM No comments:

Email ThisBlogThis!Share to TwitterShare to FacebookShare to Pinterest
Labels: Freedom must be purchased through strength

OBAMA NEVER KEEPS A PROMISE - TO ANYONE!!!

Submitted by: John Butler
http://godfatherpolitics.com/2750/obama-abandons-promises-made-to-his-place-of-birth/
In 2006, Senator Barack Hussein Obama and wife Michelle visited his family and his birth place in Kogelo, Kenya.  The Kenyan government dedicated Obama’s birth place and made it an official national landmark.  His Kenyan family and government all acknowledge that he was born there in Kogelo
Prior to his visit, the people of Kogelo had dedicated their small 4 room school to the US Senator, naming it the Senator Obama Kogelo Secondary School.  The school had been built on land that Obama’s paternal grandfather had donated for the school.
Read more »
Posted by Lee S. Gliddon Jr. at 11:11 AM No comments: