Secretary of State Ross Miller Responsible for Democrats
Trying to Hide Campaign Expenditures
The following statement was issued today by Citizen Outreach CEO Dan Burdish.
(Las Vegas, NV) – Secretary of State Ross Miller is all a twitter that certain Democrat Legislators are not declaring all their expenses in their Contribution and Expense Reports.  Assemblywomen Debbie Smith (D - Sparks) and Lucy Flores (D - Las Vegas) and Assemblyman David Bobzien (D - Reno) all admitted in a story in the Las Vegas Sun that they did not disclose all the disbursements from their campaign accounts.  Perhaps Mr. Miller should look in the mirror to see who is responsible for this lack of transparency.
On October 28, 2010 I submitted a complaint to Mr. Miller’s office because the Assembly Democrat Caucus did not disclose all contributions and expenses, as required by law, on their Contribution and Expense Report.  On December 9, 2010 Mr. Miller’s office issued an opinion saying they did not have to report all expenses and contributions.  Either through negligence or incompetence Mr. Miller’s office has created this mess.  Mr. Miller now says “The law is clear: Anytime you raise money into a campaign account and you spend that money, it is an expenditure that must be reported.”
Read more »
Posted by Lee S. Gliddon Jr. at 3:06 PM No comments:

THE LEFT TRIES TO SMEAR ANY THAT OPPOSE THEIR AGENDA

America Desperately Needs A Genuine HeroTo save America, we must select a conservative nominee best capable of defeating Obama. I believe that candidate is Newt Gingrich or Rick Santorum. I respect y'all too much to blow smoke claiming Newt to be a great conservative. Frankly, his attacks on Bain Capitol infuriated me. However, there are things I love about Newt.....
http://www.newswithviews.com/Marcus/lloyd223.htm
by Lloyd Marcus

Email ThisBlogThis!Share to TwitterShare to FacebookShare to Pinterest
Labels: America needs a HERO A Conservative

Unions threaten and intimidate American workersToo often American workers are intentionally kept ignorant of their civil rights and subjected to threats and intimidation when they speak out against their unions' support for political activities and candidates. Aided by President Barack Obama's Executive Orders and recent court cases weakening worker choice protections, unions can get around workers rights by inaccurately categorizing expenditures as representational -- and not political -- expenses, according to a new Congressional report released on......
http://www.newswithviews.com/NWV-News/news298.htm
by NWV News
Posted by Lee S. Gliddon Jr. at 2:48 PM No comments:

Email ThisBlogThis!Share to TwitterShare to FacebookShare to Pinterest
Labels: Unions attempt to intimidate

Ask Your State Legislators to Introduce a Stop Agenda 21 Bill 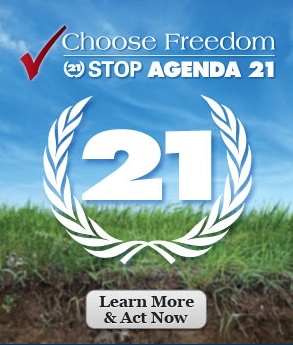 Starting in 2011 there has been an amazingly fast growth in interest among Tea Party and other conservative groups in learning about, then stopping the implementation of the UN's Agenda 21 in their local area as well as their state and the nation as a whole.

If you want to learn about Agenda 21, you could start by reading "Stop the UN's Agenda 21 & 'Sustainable Development'" or "Your Hometown & the United Nations’ Agenda 21." Or, if you prefer to learn from videos, try viewing a recent Agenda 21 video by Tom DeWeese that describes the overall progress of the Stop Agenda 21 movement or another recent video by Don Casey that provides many details of just how far the implementation of Agenda 21 has already gone. Another excellent resource for learning more about Agenda 21 and what you can do about it is our web page "Choose Freedom -- STOP AGENDA 21."

Email ThisBlogThis!Share to TwitterShare to FacebookShare to Pinterest
Labels: Agenda 21

MICHIGAN - LEARN ABOUT ROMNEY BEFORE YOU VOTE!

Submitted by: Gregg Jackson
Let's get this out far and wide to as many Michigan Christians and conservatives you know as possible...
http://greggjackson.com/blog/?p=471
Posted by Lee S. Gliddon Jr. at 2:27 PM No comments:

I post articles because I think they are of interest. Doing so doesn’t mean that I necessarily agree (or disagree) with every—or any—opinion in the posted article. Help your friends and relatives stay informed by passing the digest on. In some cases I post things sent to me by readers I might not have posted on my own, to get ideas circulating.
Contrasts
http://tartanmarine.blogspot.com/2012/02/contrasts.html
Lest we forget. ~Bob
Guest Post: Combat Pay
http://tartanmarine.blogspot.com/2012/02/guest-post-combat-pay.html
Feds arrest man allegedly heading to U.S. Capitol for suicide mission after sting investigationhttp://www.foxnews.com/politics/2012/02/17/feds-arrest-man-heading-to-us-capitol-for-suicide-mission/#ixzz1mfKLJyGX
Excerpt: The man, in his 30s and of Moroccan descent, was nabbed following a lengthy investigation by the FBI, initiated after he expressed interest in conducting an attack. It's unclear how the FBI learned of his aspirations. The man thought undercover FBI agents assisting him in his plot were associates of Al Qaeda. (More workplace violence. Nothing to do with Islam. Just a coincidence he was a Muslim. Move along. ~Bob.)
Read more »
Posted by Lee S. Gliddon Jr. at 2:18 PM No comments:

Submitted by: Donald Hank
Unemployment Claims: Running Out Of People We Can Fire
Read more »
Posted by Lee S. Gliddon Jr. at 11:17 AM No comments:

Email ThisBlogThis!Share to TwitterShare to FacebookShare to Pinterest
Labels: Unemployment

Email ThisBlogThis!Share to TwitterShare to FacebookShare to Pinterest
Labels: Unemployment rising per Gallup

WILL YOU STAND IN DEFENSE OF AMERICA?

Submitted by: John Butler
For what it's worth, the following are my thoughts & opinions only (we all have them) ... Make no mistake, the S**t will hit the fan when you least expect it! Are you prepared?! BTW, the following letter written by me, is for publication to the entire world, feel free to email/send it, save it or delete it, the choice is yours.
Protecting & defending the United States of America against a 'foreign & domestic' invading enemy will be a FIRST for the USA & it's citizens, breaking NEW GROUND ON OUR OWN SOIL, NOT some other country this time, as we have in the past. This will be the most difficult task America has ever faced, especially with adjoining foreign countries to our north & south (Mexico & Canada), already in the 'invading America mode' with thousands of foreign illegal invaders crossing our borders as we speak. The big invasion will be by land, sea, air assaults & amphibious/vertical landings.
Read more »
Posted by Lee S. Gliddon Jr. at 10:38 AM No comments:

Email ThisBlogThis!Share to TwitterShare to FacebookShare to Pinterest
Labels: The defense of America

1. Why is the United States Government Financing Our Foreign Competition?

3. Never let it be said that Obama takes governing seriously

5. Do Republicans Care About the Deficit or Not?

6. The MSM Is Dumb: Episode A Billion