OBAMA'S BUDDIES ARE NOT A PEACEFUL BUNCH

Muslim Brotherhood’s Tactics of Deception
Wednesday, December 7, 2011 03:08 PM
By: Tawfik Hamid
Preliminary results of the recent Egyptian elections indicate that the Muslim Brotherhood (MB) of Egypt is likely to dominate the next Egyptian parliament and will create the new Egyptian constitution.

Some see the MB as a moderate Islamic group that can fit with real democracy while others see them as radicals.

Evaluating how such an organization works, its behavior, and its tactics is pivotal to understanding and accordingly dealing with them.
Read more »
Posted by Lee S. Gliddon Jr. at 5:10 PM No comments:

Dec 09, 2011 06:55 pmIt appears that the Obama Administration is once again utilizing the Department of Justice (DOJ) as a political tool, this time to challenge voter identification laws—like one already upheld by the Supreme Court—that Democrats claim discriminate against minorities… Under this far-fetched discrimination theory a chunk of citizens that would normally vote Democrat couldn’t cast ballots [...]Read More and Comment: Obama Justice Dept. Fights Constitutional Laws Cracking Down on Voter Fraud

MSM TELLS YOU ITS RAIN AS THEY PEE ON YOUR LEG

Email ThisBlogThis!Share to TwitterShare to FacebookShare to Pinterest
Labels: MSM propaganda and brainwashing

THE LEADER'S WEEKLY SCHEDULE
WEEK OF DECEMBER 12, 2011
**Members are advised that the House will not adjourn again until all legislative business for the 1st Session of the 112th Congress has been completed. A weekend session is therefore possible.**
MONDAY, DECEMBER 12TH
On Monday, the House will meet at 12:00 p.m. for morning hour and 2:00 p.m. for legislative business. Votes will be postponed until 6:30 p.m.
Legislation Considered Under Suspension of the Rules:

1) S. 384 - A bill to amend title 39, United States Code, to extend the authority of the United States Postal Service to issue a semipostal to raise funds for breast cancer research(Sponsored by Sen. Dianne Feinstein / Oversight and Government Reform Committee)

Email ThisBlogThis!Share to TwitterShare to FacebookShare to Pinterest
Labels: House of Representatives Schedule

A GOVERNMENT THAT REFUSES TO GOVERN IN ACCORDANCE WITH THE U.S. CONSTITUTION

Here are 2 articles that came to my attention.
One is related to how our defense department refuses to defend:
http://www.canadafreepress.com/index.php/article/43047
and here's one on how justice is AWOL from the justice department:
http://www.fedupusa.org/2011/12/we-no-longer-have-a-justice-system-in-the-us/
And don't forget, earlier, I had sent you one on how the FBI relentlessly tracks down Christians and biological moms trying to defend their own natural children.
And don’t forget that Mexican drug dealers have way more rights than American farmers at the southern border or more rights than any American. Border guards are in jail as we speak for trying to defend us.
No, it's not really that bad, its worse.
Our government is actually, really no longer there. It is on vacation or has quit and a replica of it is now helping an assortment of enemies of the US, that's you and me.
It's gone, folks.
Some day we will be called upon, by default, to be what our government refuses to be.
Are you ready?
Don Hank
Posted by Lee S. Gliddon Jr. at 2:50 PM No comments:

Email ThisBlogThis!Share to TwitterShare to FacebookShare to Pinterest
Labels: DOJ and FBI Refuse to obet Constitution

ALABAMA - We The PEOPLE Newsletter #171

We the People – Alabama Newsletter # 171

We the People – Alabama have downloaded the text of Obama’s recent Kansas speech
in which he states that capitalism has never worked.
It’s funny, but it’s the individual liberty and capitalism that has provided the lifestyle that he currently enjoys,
at least for another 11 months… and counting.
We the People – Alabama will shortly post the text of the entire speech on our website and invite anyone who cares to
to provide insight and analysis of its content.

THE SOROS WEB OF DECEIT - IN ADDITION TO OUR MSM

Email ThisBlogThis!Share to TwitterShare to FacebookShare to Pinterest
Labels: Soros Owned Media in addition to MSM

Military can arrest and hold US citizensI predict if we don’t stop Obama and this movement toward full on Dictatorship and Marxism, that seniors, soon the disabled, Pastors and outspoken Christians will be taken away and either killed or re educated. Already, several Christian Pastors have been arrested for simply exercising their freedom of speech about a variety of issues in public places. Laws, rights and our constitution are being shredded and ignored all over the......http://www.newswithviews.com/Roth/laurie300.htmby Laurie Roth

Email ThisBlogThis!Share to TwitterShare to FacebookShare to Pinterest
Labels: Arrest of citizens by military

Media Promote Global Tax as Financial Crisis DeepensA New York Times story about a “modest” global tax mentions some of those supporting the idea but forgets an important one—the United Nations. I attended a November 30U.N.-sponsored conference in Washington, D.C., where officials of the U.N. Development Program (UNDP) appeared on a panel endorsing the idea. The UNDP is supported by about $100 million in U.S. taxpayer money annually......http://www.newswithviews.com/Kincaid/cliff573.htmby Cliff Kincaid

Email ThisBlogThis!Share to TwitterShare to FacebookShare to Pinterest
Labels: MSM on the side of anyone save American citizens

Cop-Killer's death sentence reprieve tied to activist judge>From prison Abu-Jamal has been a hero to a powerful left-wing movement—including journalists— that has fought for his release. His backers include famous Hollywood celebrities and well-known activists and civil rights groups such as the National Association for the Advancement of Colored People (NAACP) and Amnesty International. President Obama’s ousted “Green Czar” (Van Jones) is also among the vocal Abu-Jamal supporters........http://www.newswithviews.com/NWV-News/news289.htmby NWV News

States must fight legal fiction called 'anchor babies'It is astounding how many elected public officials support illegal aliens who sneak into our house like criminals in the night, stealing jobs that belong to Americans and bankrupting cities and hospitals for "freebies" they have no right to receive, backed up by federal judges who should have been removed from the federal bench decades ago. In April 2008, the very popular.....http://www.newswithviews.com/Devvy/kidd517.htmby Devvy Kidd

I’m filling in for Neal Boortz today from 8:30 am to 1pm ET. You can call in at 1-877-310-2100. We’ll be delving into a lot of Presidential politics. Listen live right here on the WSB Radio live stream.
1. This Is It!
2. Defeat That Omnibus!
3. Unaccountable and Unacceptable: Fast and Furious and the Incompetent Administration
4. Gingrich: Is his rise sustainable?
5. Romney Camp Attacks Newt Gingrich For Opposing George H. W. Bush’s Tax Increase
6. Is Lisa Jackson Looking to Get Back at Barack Obama?
7. CT Gov Schemes With SEIU To Unionize Day Care Providers & Others Without A Vote
Posted by Lee S. Gliddon Jr. at 1:52 PM No comments:

DEMAND THAT SB436 BE STOPPED FROM PASSAGE - HANDS OFF OUR GUNS!!!

STOP SENATE BAN ON ALL PRIVATE GUN SALES
URGENT: THANK YOU! YOU just stopped Harry Reid and the Senate from confirming Obama's most ANTI-GUN, SECOND AMENDMENT-HATING judicial nominee since Elena Kagan! Caitlin Halligan was defeated and kept off the D.C. Circuit by grassroots citizen outcry.
But the battle in Washington to defend our right to arms rages on! The Senate AND House have new legislation in play – S.B. 436 – that is designed to END ALL PRIVATE GUN SALES! You need to keep making your voice heard in Congress!
STOP S.B. 436 – FAX CONGRESS NOW! 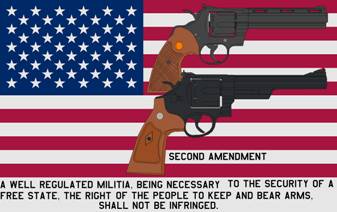 In the latest attempt to gut the Second Amendment and separate Americans from their guns, the Senate Judiciary Committee has begun hearings and Capitol Hill horse trading on Rep. Chuck Schumer's S.B. 436 – the Senate version of the so-called "Fix Gun Checks Act of 2011."
The legislation states that its purpose is "To ensure that all individuals who should be prohibited from buying a firearm are listed in the national instant criminal background check system and require a background check for every firearm sale."
H.R. 1781, the House version of this unconstitutional legislation, is sponsored by notorious adversary of the Second Amendment, Rep. Carolyn McCarthy (D-NY4) and 79 co-sponsors in the House of Representatives.
TELL CONGRESS – LEAVE OUR SECOND AMENDMENT RIGHTS ALONE! – STOP S.B. 436
Read more »
Posted by Lee S. Gliddon Jr. at 11:52 AM No comments:

Email ThisBlogThis!Share to TwitterShare to FacebookShare to Pinterest
Labels: SB436 MUST NOT PASS

UN Wants Authority To Tax America
Take Action Now & Defend Our Independence From The United Nations!
President Obama's cohorts are pushing a global tax to put pay for a "Green Climate Fund." Negotiators at the United Nations Climate Change Conference are pressuring members to support the scheme, which would tax all foreign currency transactions.
According to the Committee for a Constructive Tomorrow (CFACT), every time you travel aboard, you'll have to pay a climate tax. Even worse, every time we import goods and export jobs we will be hit with a global warming tax. The proposed $100 billion per year "Green Climate Fund" is designed to "level the playing field" and turn America into a third world country.
DEMAND ALL 100 SENATORS OPPOSE THE GLOBAL GREEN TAX!
Stop the UN From Stripping America Of Her Sovereignty!
MAKE YOUR VOICE HEARD - THE UN SOCIALISTS MUST BE STOPPED!
Read more »
Posted by Lee S. Gliddon Jr. at 11:17 AM No comments:

Email ThisBlogThis!Share to TwitterShare to FacebookShare to Pinterest
Labels: UN wants to impose tax on Americans

INTRACTABLE & RIGID ON TAX PLEDGE? GUILTY AS CHARGED!
Mike Zahara, one of the more entertaining Democrat bloggers in Nevada, recently inked a post in which he took yours truly to task for being "intractable and rigid" in my support for the Taxpayer Protection Pledge - a pledge candidates make to their constituents promising that, if elected, they will vote against any and all efforts to increase taxes.
And he's 100% correct.
First, it's not so much the tax increases, but the additional government spending the tax hikes allow that is objectionable.  If we want to shrink government, and I do, we need to "starve the beast" - cut taxes, not increase them.
Read more »
Posted by Lee S. Gliddon Jr. at 11:14 AM No comments:

TROOPS POLLED - "WOULD YOU FIRE ON AMERICAN CITIZENS?"

One must wonder which agency of the government had the sheer audacity to request such a poll be taken. To intimate that any arm of the military must decide whether to FIRE ON American citizens is a horrendous thought!

I am amazed at the reaction of the Officers in charge and question their loyalty to the U.S. Constitution.

http://www.skinnymoose.com/bbb/2011/12/09/did-national-guard-unit-stand-down-when-asked-if-they-would-use-lethal-force-against-american-citizens/
Posted by Lee S. Gliddon Jr. at 10:58 AM No comments: