OBAMA WANTS TO SPEND MORE OF YOUR MONEY!

Photo credit: terrellaftermath   A nonpartisan research group estimates that President Barack Obama’s budget would raise taxes next year on 1 in 4 households, but have little impact on families earning under $200,000 a year. The Tax Policy Center analysis also says about 1 in 8 households would get tax cuts. The study says families [...]

After months of searching, investigators commissioned by Maricopa County, Ariz., Sheriff Joe Arpaio to examine Barack Obama’s eligibility for office found Immigration and Naturalization Service travel records for foreign flights into Hawaii in1961, only to discover that records for the week of Obama’s birth were missing. Investigators were searching to determine if Barack Obama might [...]

MICHIGAN - DETROIT UNDER DEMOCRAT CONTROL CONTINUES TO BE A FAILED CITY


How Long Will It Be Until Detroit Blames Problems On Race?

Photo credit: Bernt Rostad (Creative Commons) Remember Clint Eastwood’s insulting Super Bowl commercial about Detroit’s comeback?  Using the voice we have come to recognize as a source of “truth, justice, and the American way,” he tried to fool us into believing that Detroit was “too tough to die” and all that Democrat wishful thinking. Clearly, [...]

Read More and Comment: How Long Will It Be Until Detroit Blames Problems On Race?
Posted by Lee S. Gliddon Jr. at 4:51 PM No comments:

Email ThisBlogThis!Share to TwitterShare to FacebookShare to Pinterest
Labels: Dems have ruined Detroit

MSM REFUSES TO DO THEIR JOB

SURPRISE – While the media blackout continues over the largest story in American history, Maricopa County Sheriff Joe Arpaio is stunned, but undaunted, and said his Cold Case Posse will continue to pursue its investigation into President Barack Obama’s fraudulent Certificate of Live Birth as well as his Selective Service registration, both of which it [...]

Email ThisBlogThis!Share to TwitterShare to FacebookShare to Pinterest
Labels: MSM REPORTS NOTHING ABOUT Arpiao/Obama

THE LEADER'S WEEKLY SCHEDULE
WEEK OF MARCH 26, 2012
MONDAY, MARCH 26TH
On Monday, the House will meet at 12:00 p.m. for morning hour and 2:00 p.m. for legislative business. Votes will be postponed until 6:30 p.m.
Legislation Considered Under Suspension of the Rules:

Email ThisBlogThis!Share to TwitterShare to FacebookShare to Pinterest
Labels: House of Representatives Schedule

BIDEN WAS WRONG IN CONTEXT - SEN GRAHAM IS RIGHT

By Chris Moody | The Ticket
South Carolina Republican Sen. Lindsey Graham celebrated  the second anniversary of President Barack Obama's health care law by calling it "a big effing mess," alluding to Vice President Joseph Biden's comment when the bill was signed in 2010.
"Two years ago at the Obama health care bill signing the Vice President was overheard telling President Obama, 'This is a big 'effing' deal,' Graham wrote on his official Twitter account, referring to Biden's profanity about the law's passage. "Unfortunately for them, two years later, the vast majority of Americans believe this has become a big 'effing' mess."
Posted by Lee S. Gliddon Jr. at 2:56 PM No comments:

Obamacare dominated the 2010 midterms, driving its Democratic authors to a historic electoral shellacking. But since then, the issue has slipped quietly underground.
Now it’s back, summoned to the national stage by the confluence of three disparate events: the release of new Congressional Budget Office cost estimates, the approach of Supreme Court hearings on the law’s constitutionality and the issuance of a compulsory contraception mandate.

Email ThisBlogThis!Share to TwitterShare to FacebookShare to Pinterest
Labels: Obamacare before SCOTUS 03/26

If you want to elect a man to the U.S. Senate with the steel in his spine to stand up to the Left’s radical agenda......then I’d like to tell you a few things about my friend, U.S. Navy Commander Duane Sand.

Duane is running for the open U.S. Senate seat in North Dakota that is being vacated by Democrat Senator Kent Conrad.I can’t overstate this point... This is a MUST WIN seat for Republicans.If Duane does not win this seat, it’s almost 100% certain that Republicans will not pick up the 4 seats they need to maintain a majority in the U.S. Senate.And that’s why I’m writing on behalf of Duane: because I believe the candidates we support today will determine what type of Party we will be for years to come.Will we choose to “go along to get along” and hoist the white flag of surrender to the far-left, jobs-killing agenda of President Barack Obama and Senator Harry Reid?

Email ThisBlogThis!Share to TwitterShare to FacebookShare to Pinterest
Labels: North Dakota Duane Sand for US Senate

THE U.S.A. HAS BEEN TURNED 'UPSIDE DOWN!' 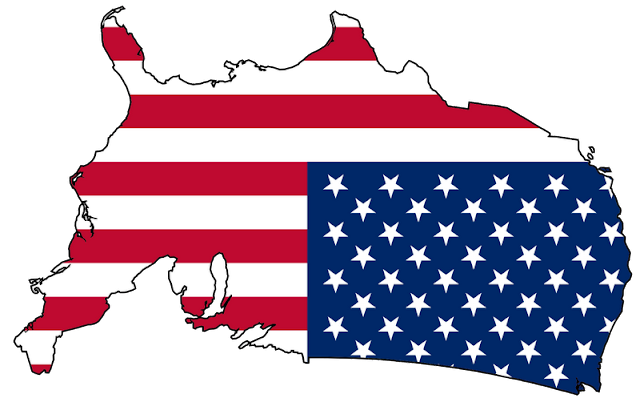 Email ThisBlogThis!Share to TwitterShare to FacebookShare to Pinterest
Labels: USA upside down

WATCH AS OBAMA TELLS EACH FOREIGN DIGNITARY THE SAME THING...THIS IS A PRESIDENT?

Submitted by: C Thomas
The video clip is definitely embarrassing to the USA.
BO would be well advised to share the video with his speech writers----just before firing them.
This is embarrassing.
Yep, his teleprompter must have gotten stuck.
Well no, just his brain housing group couldn't come up with anything different.
Subject:  The Danes nail Obama and make him look like a total fool...
Read more »
Posted by Lee S. Gliddon Jr. at 11:06 AM No comments:

We The PEOPLE WILL PREVAIL

Obama - The American people will winHere is how we win our country back in spades. First everyone must decide NOT to compromise any further No -- to the UN Constitutional assaults and tyrannical positioning of controls on the People. Make up your minds to start drawing lines in the sand everywhere. Your country is being taken over and destroyed from within…get it? The NDAA Bill is law now, and now Obama signs an executive order to declare Marshall law whenever he wants......
http://www.newswithviews.com/Roth/laurie317.htm
by Dr. Laurie Roth, Ph.D

Email ThisBlogThis!Share to TwitterShare to FacebookShare to Pinterest
Labels: Conservatives will win...Obama will lose

ANOTHER MILITARY VENTURE WITH NO CONGRESSIONAL APPROVAL

Rubber-stamping Obama’s African War PolicyAs media-induced frenzy over African warlord Joseph Kony reaches a fever pitch, Democratic Senator Christopher Coons has introduced a resolution that seems to provide legal cover for President Obama’s deployment of U.S. combat troops to Africa. Obama ordered the military intervention last October, without the approval of Congress, saying he wanted the “removal” of Kony from “the battlefield,” wherever that may be. Coons serves as chairman of the Senate Foreign Relations Subcommittee on African Affairs......
http://www.newswithviews.com/Kincaid/cliff599.htm
by Cliff Kincaid

DEMS ARE NOT TO BE TRUSTED BY BLACKS - THEY KEEP THE 'PKLANTATION CONCEPT' ALIVE!

Republicans: Black America's True FriendWhen I was growing up in the black ghetto of east Baltimore, several corners had grocery stores owned by Jews. Later the Jews were replaced by Asians. Huge families lived upstairs, and their store was down stairs. The community resented Jewish and Asian store owners in black neighborhoods. I always thought, “Why?” These people did not receive a start-up check from the government. They took a risk. They rented in the black ghetto because it was cheaper......
http://www.newswithviews.com/Marcus/lloyd226.htm
by Lloyd Marcus

Email ThisBlogThis!Share to TwitterShare to FacebookShare to Pinterest
Labels: GOP wants you at work, not on the dole, Obama rants to Black Americans

5. The Club for Growth on the Ryan budget

6. Same Talking Points For ALL The Countries
Posted by Lee S. Gliddon Jr. at 10:43 AM No comments: