CHINA IN A STATE OF REVOLUTION? WHY THE MAINSTREAM MEDIA SILENCE? HAS OBAMA TOLD THEM TO IGNORE?

Revolution In China? Please Pray For The Freedom Fighters Of Wukan!

The people of Wukan, China have chased out the Communists, and are currently cut off from the world; the Chinese fishing village of 20,000 decided it had had enough when the tortured body of one Xue Jinbo, a representative of the village chosen to negotiate with 'authorities,' turned up. They took matters into their own hands, deciding to unite and stand up to the might of the Communists running the country, risking torture and death at the hands of a brutal regime, rather than to continue to submit to the brutal tyranny of the Chinese Communist regime's local puppets.
Read more »
Posted by Lee S. Gliddon Jr. at 5:54 PM No comments:

Nevada Secretary of State Blames Others, Attacks Critics for Flawed Election Regulations
FOR IMMEDIATE RELEASE
Contact:  Woody Stroupe
702.460.2345 / 258.9184
pjseps@cox.net
(Las Vegas, NV; December 16, 2011) - In the wake of widespread disapproval of his proposed amendments to election regulations, Democrat Secretary of State Ross Miller has responded to criticism of flaws in these amendments by blaming others and attacking critics in a press releaseissued by his office.
Read more »
Posted by Lee S. Gliddon Jr. at 5:17 PM No comments:

IS OBAMA HIDING HIS WIFE'S AFFAIR SO HE CAN HAVE HIS OWN?

Michelle Obama Secret Affair Allegations Surface
America's Conservative News
The Globe magazine just released a bombshell and is reporting that Michelle Obama is having a "steamy secret affair" with a Secret Service Agent. According to The Globe, rumors started to circulate that Obama may be having an affair after her recent admission to NBC's Al Roker that she frequently "sneaks out" of the White House; and the ever increasing time she is spending away from the White House may be a cover to hide "a sizzling affair she's carrying on with a Secret Service agent."

Email ThisBlogThis!Share to TwitterShare to FacebookShare to Pinterest
Labels: Michelle Obama and affair?

Sheriff Joe Arpaio must know by now that anyone who disrespects the Usurper-In-Chief will suffer the wrath of the Obama Regime. A report on the latest, in a long string of attacks against Arpaio by the Regime, comes from the Associate Press.
Read the Full Story
Posted by Lee S. Gliddon Jr. at 5:08 PM No comments:

Email ThisBlogThis!Share to TwitterShare to FacebookShare to Pinterest
Labels: "Blame anyone but us" Obama's plea, enemy, Sheriff Joe Arpiao 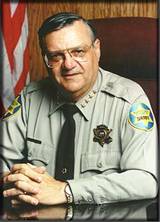 If the sheriff's office does not stop its enforcement of existing U.S. immigration law, Obama is threatening to pull millions of dollars in Federal funding – a move that will make border patrol and deportations in the entire state obsolete.
The objectivity of the Eric Holder-tainted, Obama Justice Department's three-year civil "probe" of Arpaio is non-existent, but the propaganda value will doubtless prove a huge victory for the Obama administration and for illegal immigrants everywhere, at the expense and detriment of U.S. citizens. Obama continues to duplicitously contend that enforcement of immigration law is the sole responsibility of the Federal Government, and yet that the Federal Government does not have to meet such responsibilities if it chooses not to.
Read more »
Posted by Lee S. Gliddon Jr. at 5:02 PM No comments:

Email ThisBlogThis!Share to TwitterShare to FacebookShare to Pinterest
Labels: "Blame anyone but us" Obama's plea, Freedom, New Mexico Sheriffs and residents oppose FDA and Forest Service

Andrea Lafferty Targeted, Detained By State Department Security Personnel As “Threat”
Washington D.C. (December 15th, 2011) -- Traditional Values Coalition (TVC) president Andrea Lafferty was targeted and detained by Secretary of State Hillary Clinton’s security personnel this Wednesday during the closing event capping the three day closed-door conference advancing the implementation of U.N. Resolution 16/18.
“For weeks we have been asking whether the true aims of the Organization for Islamic Cooperation (OIC) and U.N. Resolution 16/18 would be used to apply “old fashioned techniques of peer pressure and shaming” to chill and coerce those critical of the Islamist agenda,” said Lafferty.
“Hillary Clinton was as good as her word,” said Lafferty.

Email ThisBlogThis!Share to TwitterShare to FacebookShare to Pinterest
Labels: HILLARY A DANGER TO US CONSTITUTION

Conservatives,
With your help and the right leadership, I have faith that our great state will turn around and make a full economic recovery.
Getting our state back to work is the top priority in my administration and we have a lot of work to do, but—as long as we have the right leadership—I am confident in Nevada's resiliency.
As Governor, I am doing all I can to help turn the economy around and invite more businesses to our state but I cannot help our state alone. That's why I'm writing you today.
Will you join me today in supporting Dean Heller for U.S. Senate?
Read more »
Posted by Lee S. Gliddon Jr. at 4:49 PM No comments:

ARE OUR ELECTED MEMBERS OF CONGRESS DELIBERATELY MISINTERPRETING LAWS THEY VOTED ON?

CONGRESS CELEBRATES THE 220TH ANNIVERSARY OF
THE BILL OF RIGHTS – BY ENDING THEM
By KrisAnne Hall
www.AmericansUnitedforFreedom.com
December 16, 2011 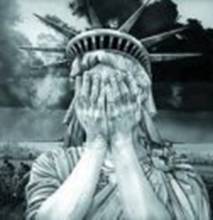 Today, on the 220th anniversary of the Bill of Rights, Congress overwhelmingly voted to effectively extinguish those rights. They relinquished their claim to lawful authority by violating Article 1, Section 9 of the Constitution and granting license to the Executive Branch to become the very tyrannical dictatorship our Founding Fathers fought and died to escape. Congress' betrayal has now set America firmly upon the path of pathetic banana republics and fearsome totalitarian states, with the knock on the door in the dead of night, the disappearances – where political dissidents can be suppressed, silenced or left to rot in unknown prisons. Today, I grieve for my country.
Read more »
Posted by Lee S. Gliddon Jr. at 4:46 PM No comments:

Email ThisBlogThis!Share to TwitterShare to FacebookShare to Pinterest
Labels: Restore US Constitution NOW

Vietnam Healing Foundation
Hi, and best wishes as Christmas approaches us. As usual, this is the time of year that I ask friends to consider making a donation to the charity for the crippled South Vietnamese soldiers still struggling under the discriminatory measures Hanoi has laid on them all these years. The economy in Viet Nam has not been doing well lately, partially due to the inefficiency and corruption of the semi-communist tyranny that runs the place. (With a hell of an iron fist inside a thin glove. In the past year several international humanitarian organizations have come out with clear condemnations of the various repressive policies Hanoi has ramped up against minorities and dissidents.) We have been swamped with requests from disabled vets and their families, far more than we can support on a regular basis. We continue to support 80+ especially needy vets on a committed basis, but next week we'll include one-time gifts to at least 60 more applicants, to at least give them aid to help with the special expenses of the cooler weather and the Tet celebration at the end of January. Our overhead remains at near 3%, since the whole organization is made up of volunteers. The only expenses we have are minor items here like our Post Office box, and the gas and lunch costs for the men in Viet Nam who go around on their motorbikes to deliver the cash to our clients. I don't think any charity gets any lower for overhead, and as most people know now, the bulk of charities have overheads that run from 30% to 70% or more. So... please consider a donation, tax deductible of course, to VHF. You can use PayPal through the website (www.thevhf.org ), or mail a check to: Vietnam Healing Foundation, P.O Box 641, Willow Springs, NC 27592. Thank you for considering VHF, and have a Merry Christmas and a Happy New Year. --Del
Read more »
Posted by Lee S. Gliddon Jr. at 4:38 PM No comments:

DOJ WANTS OPEN BORDERS WHILE AMERICANS DO NOT!!!

Email ThisBlogThis!Share to TwitterShare to FacebookShare to Pinterest
Labels: DOJ and open borders

NANCY PELOSI HAS HATRED FOR ALL THINGS THAT MADE AMERICA GREAT

Nancy Pelosi, Down and Dirty
By Michelle Malkin
http://www.JewishWorldReview.com | As a rueful Queen Elizabeth once said of a particularly rough year for the royal family, 2011 is "not a year on which" Queen Nancy Pelosi "shall look back with undiluted pleasure." The former House Speaker relinquished her crown — er, gavel — in January. It's been an epic downhill ski crash ever since.
Most recently, Pelosi faced questions from liberal "60 Minutes" and conservative investigative author Peter Schweitzer about a 5,000-share Visa stock purchase she made with her husband as the House was considering credit card regulations. She made a "killing" off the highly sought-after initial public offering. The stock holdings more than doubled in a few weeks; the credit card regulations were put on ice somewhere in the back of Pelosi's fridge.
Read more »
Posted by Lee S. Gliddon Jr. at 1:51 PM No comments:

The Road to Tyranny: Let Me Count the WaysOur national sovereignty and manufacturing base has been destroyed through NAFTA and CAFTA which has resulted in totally open borders culminating in the overwhelming of our infrastructure, hospital emergency rooms and our educational institutions by the human onslaught which will be soon be at unprecedented levels which promise to bring 150 million additional immigrants to our country by 2040........http://www.newswithviews.com/Hodges/dave116.htmby Dave Hodges

DARE TO DEFEND U.S. CONSTITUTION AND BE VILIFIED BY MAM

Journalism Gone Bad: The Southern Poverty Law CenterThe SPLC has a mission to destroy any person who attempts to (re)implement the principles of the U.S. Constitution as portrayed by America’s founding generation. They attempt to accomplish this by using rhetoric of hysteria. They use guilt-by-association logic and attempt to paint with very broad and fuzzy brushes. Reason.com agrees on this point. SPLC never defines the terms it uses; it only uses them to ridicule, denigrate, and marginalize, hoping the public will.....http://www.newswithviews.com/Timothy/baldwin176.htmby Attorney Timothy Baldwin

Email ThisBlogThis!Share to TwitterShare to FacebookShare to Pinterest
Labels: MSM is pro-Liberal

2. National Review: “they lived long enough for us to see them become the villain.”

3. Work for Obama, Get a Federal Contract, and Watch Left-Wing Pseudo-Journalists Roll Over and Purr

NOW YOU KNOW WHY HOLDER IS PRESSING AGAINST VOTER I.D.!!!

Video: Rush, Democrats “Can’t Win Unless There is Vote Fraud”

Watch the Video and Comment: Video: Rush, Democrats “Can’t Win Unless There is Vote Fraud”

Email ThisBlogThis!Share to TwitterShare to FacebookShare to Pinterest
Labels: Dems and voter fraud

WILL AMERICA BECOME A POLICE STATE

Another person laying out and connecting the dots...  Even if you buy the idea it is for civilians' safety...do some research on what they did to the Aleuts in Alaska right after Pearl Harbor (for their safety)  It took many years and many deaths to expose how they resettled the entire population in horrific conditions and left them to die.  The difference between that and the interment camps they are outfitting and hiring 'specialists' for is the fact that built into the plans is extermination of anyone who understands what is happening and has fought against it.

Further...when the author says this Regime is willing to do anything to take your Second Amendment Rights; I direct you to the premeditated murder scheme which was successfully carried out AS PLANNED by this Regime through the gun-RUNNING program called Fast and Furious.  God only knows what they had planned when they 'sold' or gave 20,000 missile launchers that went to Libya and wound up in Gaza immediately.