Stadium looks like another boondoggleby Henry SolowayLAS VEGAS REVIEW JOURNALJan. 16, 2013 To the editor: I've read three articles in the past few days all touting the benefits that would accrue to Las Vegas if only we had a new 60,000-seat special events stadium as part of UNLV. And the stadium would only cost $800 million to $900 million - a mere pittance - when you consider how much it would do for our second-tier university and for the hospitality industry. Funny how these fluff pieces appeared just prior to the opening of the legislative session, considering that those promoting the stadium will require a "special taxing district" to make it all happen. Of course, that's a euphemism for using OPM (other people's money) to build it. Let's look at UNLV first. If there is $800 million to $900 million to spend, is the best use of the money to build a stadium? Clemson and Auburn are shining examples of second-tier colleges that are really professional football teams, with teaching a very distant priority. Is this what we want UNLV to become? Does anyone think that a major investment in a fancy stadium will improve the quality of teaching or the national educational ranking of UNLV? I certainly don't.

WHY WE MUST GET UNIONS OUT OF CIVIL SERVANT NEGOTIATIONS

Jan 16, 2013 11:05 am States are not alone in racking up massive public pension bills: Cities need hundreds of billions of dollars to make good on their promises of retirement healthcare and income to workers. The Pew Center on the States surveyed 61 cities — the most populous ones in each of the 50 states, along with those of [...]Read More and Comment: Cities Short Billions For Public Pensions: Pew

THAT'S OBAMA'S ADMINISTRATION FOR YOU!

Email ThisBlogThis!Share to TwitterShare to FacebookShare to Pinterest
Labels: Waste in the Obama Administration

OBAMA SMILES WHEN HE SEES SOCIAL SECURITY IN DEEP TROUBLE

Jan 16, 2013 11:33 am CONGRESS and President Obama have pushed through a relatively modest stopgap measure to avoid the “fiscal cliff,” but over the coming years, the United States will confront another huge cliff: Social Security. In the first presidential debate, Mr. Obama described Social Security as “structurally sound,” and Mitt Romney said that “neither the president nor I [...]Read More and Comment: Social Security: It’s Worse Than You Think


Video: Rally Against Obama: All State Capitals On February 16, 2013

Jan 16, 2013 12:34 pm
Are you fed up with Obama? You’re not alone! Related posts: Indiana Ballot Challenge Hearing Against Obama On February 24, 2012 This is a lengthy audio clip of the Indiana Ballot… Video: Radical Muslims Chant “US Is A Terrorist State” & Burn US Flag At London 9-11 Rally … Continue to Post…
Watch the Video and Comment: Video: Rally Against Obama: All State Capitals On February 16, 2013
Posted by Lee S. Gliddon Jr. at 4:30 PM No comments:

TEACH YOUR CHILDREN WHAT SCHOOLS WON'T!


Public Schools Are Teaching What?

Jan 16, 2013 12:36 pm   The battle for humankind’s future must be waged and won in the public classroom by teachers who correctly perceive their role as the proselytizers of a new faith … – John Dunphy, “A Religion for a New Age” Obama has again added to his long train of abuses against We the People, this time [...]Read More and Comment: Public Schools Are Teaching What?
Posted by Lee S. Gliddon Jr. at 4:27 PM No comments:

Email ThisBlogThis!Share to TwitterShare to FacebookShare to Pinterest
Labels: Schools not teaching truth to our children

Jan 16, 2013 01:01 pm The Black Democrat Coalition is a startling sight! There are Obama phone ladies elbowing crackheads out of the way in neighborhoods more dangerous than Baghdad. Maybe the view improves when we look toward middle-class Black liberals, who love Obama phone ladies and crackheads so much they live miles away from them! “Between 2005 and 2009, [...]Read More and Comment: Obama Phone Ladies, Crackheads, And Black Professionals On Life Support
Posted by Lee S. Gliddon Jr. at 4:25 PM No comments:

IS THE BofA TELLING US WHAT WE CAN BUY?

Jan 16, 2013 01:05 pm
Bank of America has decided that they are our lords telling us what we can and cannot purchase! Related posts: Obama Campaign Borrows $15M From Bank Of America Obama For America took out a $15 million loan from… Mainstream Media Runs Cover For DHS 1.4 Billion Ammo Buy The Associated Press has launched a whitewash [...]
Watch the Video and Comment: Video: Bank Of America Stops Gun/Ammo Purchases With Their Bank Cards
Posted by Lee S. Gliddon Jr. at 4:21 PM No comments:

Email ThisBlogThis!Share to TwitterShare to FacebookShare to Pinterest
Labels: Bank of America duplicity

PERSONALLY, I CALL OBAMA A BULLY

WRITE YOU SENATORS AND ASK THEM THIS QUESTION


Video: Did Obama Steal The Election With Hagel’s Help?

Chuck Hagel has been tapped by Obama for Secretary of Defense, which has resulted in a slew of push backs over his troubling record: criticism and lack of support for Israel; coddling of Hezbollah, Hamas, and Iran; and his almost immediate appointment after retiring as a senator to Deutsche Bank’s Americas Advisory Board, the mega [...]
Watch the Video and Comment: Video: Did Obama Steal The Election With Hagel’s Help?
Posted by Lee S. Gliddon Jr. at 4:16 PM No comments:

The attached Resolution was passed unanimously by the CCRCC on July 18, 2012. It is being re-released due BDR #728, The Nevada Liberty Preservation Act, drafted by State Senator Don Gusatavson, who has the full support of the Clark County Republican Party.

Yours in Conservative Battle,

Summary – A General Resolution to take an express political position on a matter of public policy regarding the National Defense Authorization Act for Fiscal Year 2012.
Read more »
Posted by Lee S. Gliddon Jr. at 3:53 PM No comments:

THIS IS ABOMINABLE - THE QURAN IS NOTHING MORE THAN THE EXPRESSION OF TERRORISM'S IDEOLOGY!


Submitted by: Lady Byrd
Quran Read at the Start of Congress

OBAMA HAS NO CLASS!

Email ThisBlogThis!Share to TwitterShare to FacebookShare to Pinterest
Labels: Obama and Class are total strangers 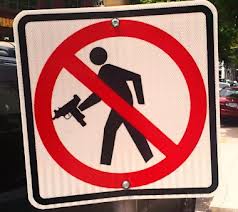 URGENT: More than 54,000 Mexicans have signed a petition calling for Barack Obama to halt weapons trafficking, the majority of which comprises arms smuggled over the border from the United States by notoriously violent Mexican drug cartels.
IRONICALLY, Mexico's petition doesn't seek to stop the illegal flow of weapons by SECURING THE BORDER, or to get Barack Obama and his administration to stop their own gun-running efforts, because those straightforward solutions would make too much sense…
SELECT HERE TO SECURE OUR BORDERS AND
OUR IMMIGRATION SYSTEM – BLAST FAX CONGRESS
RE-INTRODUCE THE HALT ACT – HR 2497 – PASS IT NOW!
Read more »
Posted by Lee S. Gliddon Jr. at 2:40 PM No comments:

Email ThisBlogThis!Share to TwitterShare to FacebookShare to Pinterest
Labels: Hezbollah, Obama does nothing, Terrorists Crossing Border

A group of aggressive Muslim vigilantes in London is harassing non-Muslims for their dress, alcohol consumption, and other “non-Islamic” behavior in what it designates as Muslim areas of the city. The video below, which was posted on the group’s YouTube channel, shows the sharia patrols in action:
As the Commentator points out, YouTube has already taken some of the videos down for violating its policies:

So far, the group has posted two videos to its new YouTube account which was set up in December 2012. The first video shows the destruction of advertising and vandalising of bus shelters, both displaying images of H&M push-up bras. The second video sees the ‘vigilantes’ approaching and harassing members of the public for either consuming alcohol, dressing ‘inappropriately’, or being inebriated near a mosque.
Several of the videos uploaded to the account have already been removed as they violated YouTube’s terms and conditions. One specifically states that YouTube deemed it intentionally “designed to bully, harass and threaten”.
The footage is likely to have come from East London, where ‘Shariah zones’ were set up last year. The new tactic of intimidation is said to appall local residents, who will likely find the ‘patrols’ disconcerting.
In the videos, the ‘Muslim Patrol’ is heard to say, “Alcohol banned. This is a Muslim area. Muslims patrol the area.”

Vlad Tepes has this to say about the situation:
Read more »
Posted by Lee S. Gliddon Jr. at 2:31 PM No comments:

NEW WORLD ORDER MUST BE OPPOSED

Wondering who is behind the NWO?

World Domination plans are failing. The NWO is in a Panic. | Scanned Retina Blog

DEMOCRAT LIBERALS LAUGH AS THEY SAY, "WE OWN BLACKS" - HOW DOES THAT DIFFER FROM SLAVERY?

There is no question that liberals do an impressive job of expressing concern for blacks. But do the intentions expressed in their words match the actual consequences of their deeds? Read the Full Story

Email ThisBlogThis!Share to TwitterShare to FacebookShare to Pinterest
Labels: Democrats own Blaxcks

MONSANTO - DANGER TO OUR MILK AS WELL AS FOODSTUFFS!

Monsanto must cease adding drugs to our milk and other foodstuffs. They are chemically altering foods and the results are horrendous!

1.  The Purpose of the Second Amendment
The President is ready to announce his plans to restrict gun ownership. Most likely, nothing the President proposes will do anything to stop a future Sandy Hook. We know the President understands he is putting Democrats in a terrible spot. We know because he did nothing after the Aurora, CO shooting in the midsts of a political campaign. He had to wait so he wouldn’t spook voters.

Now he will put the Democrats on the line. Senators Baucus, Begich, Hagan, Johnson, Landrieu, and Pryor — all Democrats from very pro-second amendment states who are up for re-election in 2014 — will be in jeopardy when, not if, the President overreaches.

In all the talk that has happened and will happen, the press and the general public seem willing to ignore the actual purpose of the second amendment.

The second amendment is about ensuring a “free state.”
Read more »
Posted by Lee S. Gliddon Jr. at 12:34 PM No comments:

THE 'JOKE' OF A MAN REELECTED IS SADNESS

When politicians say "it's the right thing to do," what they mean is they are about to do something that is either un-Constitutional or unpopular or both. Hiding behind kids to steal your rights is part of this slimy strategy. It started in Sandy Hook.
Don Hank
http://avoiceofsanity.com/columns/prop-a-palooza-the-use-and-abuse-of-kiddie-human-shields/?inf_contact_key=4038f7b37705a011d0a379b6ca7948d527bedeb23e9ae00cab9a15fc5ae5b053

Prop-a-palooza: The Use and Abuse of Kiddie Human Shields

By Michelle Malkin - Wednesday, January 16, 2013
The president of the United States will release a binder full of new gun-control executive orders on Wednesday. Instead of standing alone, bearing full responsibility for the imperial actions he is about to take, President Obama will surround himself with an audience of kids who wrote to him after the Newtown, Conn., school massacre. This is the most cynical in Beltway theatrical staging — a feckless attempt to invoke “For the Children” immunity by hiding behind them.
What has happened to the deliberative process in this country? Public debate in Washington has deteriorated into Sesame Street sing-alongs. We are already inundated with logical fallacies: argumentum ad populum (it’s popular, therefore it’s true); argumentum ad nauseam (if you repeat it often enough, it’ll become truth); argumentum ad hominem (sabotage the person, sabotage the truth); and argumentum ad verecundiam (if my favorite authority says it’s true, it’s true).
Read more »
Posted by Lee S. Gliddon Jr. at 12:15 PM No comments:

Email ThisBlogThis!Share to TwitterShare to FacebookShare to Pinterest
Labels: Obama is a sad joke on America

BIDEN TELLS OBAMA , "THERE ARE 19 WAYS TO BYPASS CONGRESS ON GUN CONTROL" - HE IS WRONG!

Dear Conservatives,In just days, President Obama will cross his fingers and swear to uphold the United States Constitution at his second inauguration ceremony. In the meantime, he and his anti-gun pals are scheming to shred it. Just moments ago, President Obama announced his 23 anti-gun initiatives - even going so far as to use Executive Orders to bypass our gun rights and our Second Amendment. As I explained in an interview a few days ago, America doesn't need a king with no respect for law or the Constitution!

Our Founders fought a revolution to STOP this kind of madness. And if you value our God-given right to keep and bear arms, it's absolutely critical you and fight back by signing your Second Amendment Protection Pledge IMMEDIATELY.