SOMEONE MUST BE JOKING!!!

His name was synonymous with Washington corruption, but Jack Abramoff is a changed man, and Kentucky lawmakers believe he can teach them valuable lessons when he serves as the featured speaker in a session on ethics that will open their 2012 General Assembly next month.
Read the Full Story
Posted by Lee S. Gliddon Jr. at 4:57 PM No comments:

Shame on Obama and The Democrats
By Lee S Gliddon Jr


There was a time in my life when I could stand tall when outside of the United States as whether a Republican or a Democrat President was in office I knew that man to be a man of character and he was forthright.


Without any hesitation and with a heavy heart I look at the man in our nation's White House with scorn and derision. The shameful manner in which he is Presiding over this nation  is both atrocious as well as reflective of the disdain he holds for all America.

Email ThisBlogThis!Share to TwitterShare to FacebookShare to Pinterest
Labels: Shame on Obama and Democrat led Senate

DNC CONTINUES TO TOUT OBAMA IN SPITE OF VOTERS WISHES

Dec 23, 2011 04:55 pmThe results of a USAToday/Gallup survey of thousands of registered voters in Barack Obama’s twelve must-have states presents bad news for him and his party. However, true to form for the Democrat-boosting media, the worst of the news was buried. Initial online versions left out critical portions of the story, and the truth was only [...]Read More and Comment: Obama’s 2012 Chances Slipping Away with Two Key Democratic Groups

OBAMA CONTINUE GIVING AWAY OUR MONEY! HOW DO WE STOP HIM?

Dec 23, 2011 04:59 pmBased in two socialist Latin American countries, a group dedicated to helping indigenous populations in that region just got a generous $13 million grant from the U.S. government to combat “exploitative child labor” in Peru. The allocation comes on the heels of a similar, $10 million grant by the same agency—the Department of Labor (DOL)—to [...]Read More and Comment: Obama Gives Socialist Latin American Group $13 Million

MORE ESPIONAGE BY OBAMA AGAINST THE U.S.A.

Dec 23, 2011 05:00 pmBill Gertz, The Washington Times Deputy Energy Secretary Daniel B. Poneman is working on a major Obama administration initiative that would renew scientist exchanges between U.S. nuclear weapons laboratories and Chinese nuclear facilities. The idea is aimed at promoting openness and transparency by China’s military about its secret, large-scale buildup of nuclear weapons, according to [...]Read More and Comment: Obama Plans Nuclear Science Exchange with China, After Previous Espionage
Posted by Lee S. Gliddon Jr. at 2:10 PM No comments:

Email ThisBlogThis!Share to TwitterShare to FacebookShare to Pinterest
Labels: "Blame anyone but us" Obama's plea, China, espionage

THE NAIL GETS HIT ON ITS HEAD!!!

Email ThisBlogThis!Share to TwitterShare to FacebookShare to Pinterest
Labels: Obama likened to a crackhead

Tea Party freshman Rep. Allen West (R-Fla.) said Thursday that the agreement to extend the payroll tax was "a sad day for America" and an example of when "the politics of demagoguery trump policy and also principle" in a post to his Facebook wall.
READ MORE »
Posted by Lee S. Gliddon Jr. at 2:03 PM No comments:

UN, Arabs Seek Israel's Destruction As
Obama, Panetta Undermine Jewish State
UPDATE: Intensifying conflict, even war in the Middle East, becomes more and more likely as Obama and U.S. Defense Secretary Leon Panetta blame the Jews for Arab Katyusha rocket volleys striking Galilee in northern Israel from southern Lebanon – and Obama and Panetta blame the Jews.
The Obama Administration faults Israel for accelerating Arab strife and violence in the region, and demands the Jewish state "reverse the trend of its growing isolation" from its Arab neighbors.
WE MUST KEEP PRESSURE ON CONGRESS TO ENSURE
OBAMA WILL NOT DELIVER ISRAEL TO HER ENEMIES!
"Blame the victims" is Obama's strategy for de-legitimizing Israel throughout the world. Jewish-American conservatives have taken out a full-page ad in leading newspapers demanding the Obama Administration "stop blaming Israel first."
The ad by the Emergency Committee for Israel (ECI) ran Thursday in The New York Times, Miami Herald and several other papers.
Read more »
Posted by Lee S. Gliddon Jr. at 1:49 PM No comments:

U.S. CONSTITUTION AND DECLARATION OF INDEPENDENCE SAY IT ALL NOT TO OBAMA'S LIKING

Dear Americans,
If one reads the Constitution and Declaration very closely, one will see seamless unity between the two documents: they align perfectly together in beliefs, laws, and ideals. Both documents declare Natures Laws, not the Divine Right of Kings, to be those which man belongs to.

Email ThisBlogThis!Share to TwitterShare to FacebookShare to Pinterest
Labels: Constitution and Declaration not to Obama's liking

MERRY CHRISTMAS! With Santa on the way, I’m taking the rest of this weekend off.  Merry Christmas, everyone.  And don’t forget to pick up a nice Kwanzaa gift for your loved ones next week! RALSTON WATCH Nugget #1:  University Regent Ron Knecht inked an op-ed for the Nevada Appeal on today that blasts holes in a recent liberal think tank’s claims regarding higher ed funding in Nevada…

Obama Hispanic support drops
Politico
Bryon Tau
December 22, 2011
http://politi.co/tk43nE
President Obama's approval among Hispanic voters has dropped by 30 percentage points since cresting in April 2009 — but a majority still say he's doing a good job as President.
A new Ipsos-Telemundo survey finds that 56 percent of Hispanic voters approve of his job performance, while 35 percent disapprove.
This is a strong showing of support when compared to the general public but the trends are not good news for the president's team. An April 2009 survey of Hispanic voters found an 86 percent approval rating for the president, while a June 2011 survey showed approval at 62 percent.
Read more »
Posted by Lee S. Gliddon Jr. at 1:26 PM No comments:

Indiana’s Attorney General Greg Zoeller asked Thursday that both cases challenging the state’s immigration law be put on hold until the U.S. Supreme Court rules on a similar case from Arizona. Zoeller’s action came less than two days after a lawsuit was filed by Union Benefica Mexicana (a non-profit group in East Chicago that helps Latino residents).A federal judge had already blocked two portions of Indiana’s law after another lawsuit was filed back in May by the American Civil Liberties Union and the National Immigration Law Center. The Mexican Benefits Union is challenging two other parts of the law left intact: the section penalizing employers who knowingly hire illegal immigrants and the section requiring people applying for day labor jobs to fill out employment authorization forms.
Help MMPAC Support Patriot-States!
Select HERE!
Read more »
Posted by Lee S. Gliddon Jr. at 1:21 PM No comments:

While correct, Congressman West neglects the other striking similarities between National Socialists and Obama Socialists. This is not to say that the DNC wants to recreate the Holocaust (though its president could do so inadvertently, with his tender-on-Tehran policy) or that the Messiah in Chief will begin giving 4-hour speeches in German. (Where would he find a German teleprompter?)

But, like the pigs and men at the end of “Animal Farm,” it’s becoming increasingly difficult to tell brownshirts and the party which would literally take the shirts off our backs apart.

Here are the Top 10 Ways Democrats Are Like Nazis:
Read more »
Posted by Lee S. Gliddon Jr. at 1:11 PM No comments: 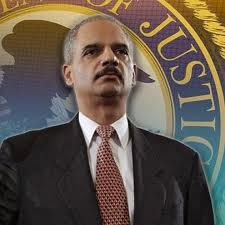 In an interview this week, Eric Holder said he "regrets" giving Congress a false written statement regarding Fast & Furious, but then lamely attempted to justify having done so by pulling out the well worn and utterly worthless Obama Administration "race card."
Holder insisted that he, his Fast & Furious operation and indeed Fearless Leader Himself all are under attack because, "This is a way to get at the president because of the way I can be identified with him, both due to the nature of our relationship and, you know, the fact that we're both African-American."
INDICTING ERIC HOLDER IS THE FIRST STEP
TO IMPEACHING BARACK OBAMA! – Fax Congress Now!
Read more »
Posted by Lee S. Gliddon Jr. at 11:04 AM No comments:

Email ThisBlogThis!Share to TwitterShare to FacebookShare to Pinterest
Labels: Holder continues his lies

Merry Christmas to each of you. I'm going to take some rare vacation next week and the Morning Briefing is going to take a holiday respit. We'll be back in action on January 2nd live from Iowa. May God bless you and your family this Christmas season and usher in a safe, wonderful, and prosperous New Year.
From all of us at RedState and from me and my family personally, Merry Christmas and Happy New Year.
Erick-Woods Erickson, Editor
1. Stopping SOPA

2. About Those Racist Ron Paul Newsletters that He Didn’t Read and Completely Disavowed