A Good Mandate Is Hard to Find

While the Hill is knee-deep in the President's latest disgraces, conservatives are focused on another White House scandal: the HHS mandate. Benghazi, the IRS, NSA, EPA, and DOJ may hog all the headlines, but the four-year drumbeat against the White House's war on religious liberty goes on. For most Americans, time hasn't dulled the outrage over employers' forced participation in the President's sexual agenda. No amount of sound bites or accounting gimmicks seems to have softened voters' stance on the greatest attack on conscience rights our nation has ever seen.
In fact, the needle has barely budged on people's opposition to the mandate, which orders organizations, businesses, even faith-based groups to pay for pills or procedures that violate their beliefs. Our latest survey, commissioned nationally just last week through WPA Opinion, shows a strong majority of Americans aren't buying the administration's talking points on the debate. Fifty-three percent oppose the HHS mandate -- a sentiment that crosses age, income, party, gender, and ethnicity lines.

WPA's conclusion is a blunt one for candidates this November: "There is broad opposition to the health care mandate... Democrats should be wary about being on the wrong side of this issue as voters that typically support them tend to oppose the mandate." Regardless of what the administration has thrown at them, conservatives continue to maintain their edge on a critical issue headed into the midterm elections. This is a flawed mandate within a flawed law. Now that the Supreme Court has agreed to decide the debate, faithful Americans hope the justices will grant what the White House won't: freedom.
Yesterday, FRC and FRC Action tried to drive those points home in a special Priests for Life Rally against the mandate (click here to watch). Both Josh Duggar and Cathy Ruse took the opportunity to stand alongside yet another group suing the administration for the right to exercise their most fundamental rights. "The Obama administration has already let tens of millions of plans off the hook, yet it's fighting tooth-and-nail to force religious non-profits like Priests for Life to violate their beliefs or pay crippling fines. Forcing these religious groups to obey, even against their sincere beliefs, is not only intolerant but threatens the long-standing American tradition of respect for conscience. "If the administration is so keen on giving away free birth control and abortion pills, it should pay for them itself. Leave the priests and nuns and Christian family business owners out of it." 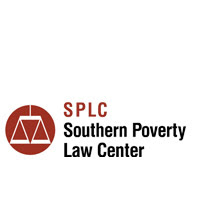 Things were bad enough for the Southern Poverty Law Center (SPLC) when the FBI and Defense Department distanced themselves from the group. Now, SPLC is having even bigger image problems -- within its own base. In a stunning rebuke of the organization, which inspired the first case of domestic terrorism in D.C., former supporter Catherine Davis explains how her eyes were opened to the radical new agenda of a group she once admired.
Like many African Americans, Davis says she held SPLC in the highest esteem for all it did to advance racial equality in the last half-century. When she heard that the co-founder of SPLC, Morris Dees, was speaking at a local university, Catherine circled the date on the calendar to attend, anxious to listen to the man "who had shown himself brave in the face of blatant racism." In an explosive piece for CNSNews.com, she explains how jarring his talk was to someone who knew the organization for its anti-discrimination work in the black community. Instead of focusing on SPLC's civil rights legacy, Dees outlined "a calculated, deliberate political agenda cloaked in the garments of the civil rights movement."
And the targets shocked her. From homosexual "rights" to illegal immigrants, SPLC "exploit[ed] the most heinous, shameful era of our nation's history in support of erasing the lines of morality and, replacing them with the 'anything goes' lifestyles they promote" -- all the while, she points out, sitting on a mountain of cash ($281 million) "taken from countless well-meaning small donors who know little or nothing of their agenda."
Not all of us, she writes, "are stupid enough to drink from the progressive Kool-Aid that tries to use the history of blacks... Not all of us will sit still for the rape of our legacy. Some of us, no most of us, reject, categorically, the notion that any... immoral behavior, whether that of the illegal immigrant or that of the LGBT lifestyle, should be allowed to rise to the level of that which is legal and moral by riding the coattails of the civil rights movement." SPLC may have weathered the storm of the government's rejection, but the organization will have a much tougher time surviving the disgust of its own base. To the Left's dismay, SPLC's credibility is in a freefall -- as will any group's who dares to partner with them.


One Good Turn Deserves a Mother...

Most people say that you can't put a dollar amount on everything moms do, but if you did, Salary.com says they would earn about $118,905 a year. That ranks right up there with top ad executives, marketing directors, and judges. And unlike them, some moms are putting in as much as a 96-hour work week! Each year, in advance of Mother's Day, experts crunch the wages by combining the earning power all the jobs a mom does -- like a facilities manager, teacher, babysitter, cook, driver, CEO, and psychologist.
In the end, though, no website can put a price tag on the sacrifices our moms make to raise children of strength and character. Back in Old Testament days, people didn't need a survey to understand a woman's value. Proverbs says, "A wife of noble character who can find? She is worth far more than rubies." "She is clothed with strength and dignity; she can laugh at the days to come. She speaks with wisdom, and faithful instruction is on her tongue... Her children arise and call her blessed; her husband also, and he praises her: 'Many women do noble things, but you surpass them all.'" (Proverbs 31:10, 25-26, 28-29)
I am blessed to have both a mother and a wife that fit that description! To all the moms out there who make such an indelible impact on our families and our culture, thank you and Happy Mother's Day!
** While the marriage debate heats up in Ohio, our own Ken Blackwell (the Buckeyes' former Secretary of State) had the chance to debate former Gov. Ted Strickland on the issue. Check out the exchange here.
*** If you missed my interview on HGTV's decision to pull the Benham brothers' show, check out the clip from Fox News's "Kelly File" with Megyn Kelly. 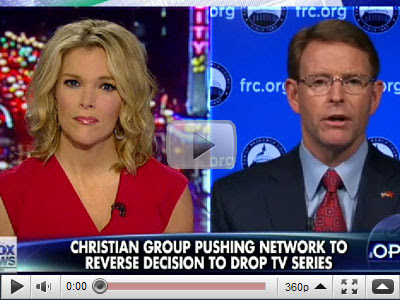