Pretty Please, with a Bitter Cheri on Top

So there’s this GOP political consultant, Cheri Jacobus, who I met briefly many years ago when working in The Swamp, who took to Twitter on Thursdayto slam President Donald Trump…

I responded appropriately and accurately…

Which sent Jacobus and her minions into a total Twitter-meltdown!

Jacobus, however, isn’t your typical Republican Trump-hater.  Apparently she was under consideration at one time for a job on the Trump campaign and something went sour.  Supposedly she got into a tiff with then-Trump campaign manager Corey Lewandowski after she asked to “sit down and talk about” the job (she has the request pinned on her Twitter feed).

I don’t know the details.  Never heard about the brouhaha. And don’t care.  Frankly, Cheri’s not a player of much consequence in conservative circles.  Haven’t even heard her name in over a decade.  But she’s clearly extremely bitter over the Lewandowski spat and quite thin-skinned about it.

Hell hath no fury and all that.

The reason I bring this up is because over and over and time again we’re being subjected to criticism of the president from “Republicans.”  This is an old trick by the fake news media.

They find token GOP opponents of the president, such as Jacobus, and put them on the air in an effort to convey the narrative that it’s not just liberals who hate Trump.  Such folks are what the commies used to call “useful idiots.”

Ana Navarro on CNN is the Queen Bee of Useful Idiots.

And the attacks by these people aren’t based on any kind of philosophical disagreement.  It’s personal.  They’re angry.  They have an axe to grind.  A score to settle.  Like not getting hired on the Trump campaign.

So don’t take what these people say at bleeding-face value.  Look for the underlying motivation.  As often as not, there’s a lot more to the story than the attackers are letting on. 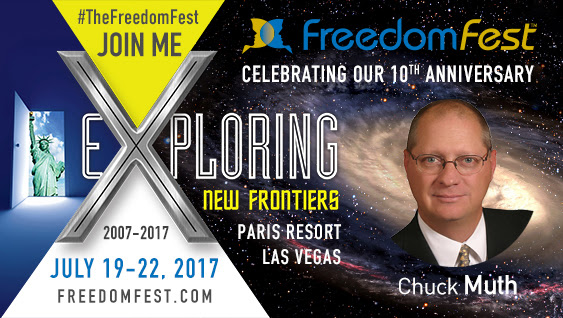 After years of ignoring the problem under Obama, President Donald Trumpcreated the Presidential Commission on Election Integrity to investigate.  This week the commission requested public information from each state related to voter registration files to begin the process.

And the Vote Fraud Deniers had a conniption.

Now Mr. Heller is facing an intense backlash in Nevada, his home state, where there is talk of a primary race challenge against him next year and a pair of the state’s wealthiest Republican donors are fuming. . . .

Both (Las Vegas Review-Journal columnist Wayne Allyn) Root and Chuck Muth, another Nevada-based conservative activist, said they had been inundated with emails and calls from grass-roots Republicans who are angry about Mr. Heller. But whether that fury translates into a viable primary race challenge is far from certain.

Heller Was for Repeal-and-Replace Before He was Against It

Back in 2012 when Nevada Republican Sen. Dean Heller was running for the U.S. Senate against Democrat Shelley Berkley, he declared on his website…

“The massive healthcare law (ObamaCare) will add more than a trillion dollars to federal health spending. Any program that uses ten years of revenue to offset six years of service is obviously unsustainable. Congress has an opportunity to repeal these policies and replace them with market-based reforms that will provide greater access, affordability, and economic certainty in our nation. Repeal of this law will reduce federal spending and allow Congress to address problems in the current healthcare system without onerous government intrusion.”

UNLV’s new logo design is just plain wrong on two fronts – one political, the other business.

First, take a look at these before and after images… 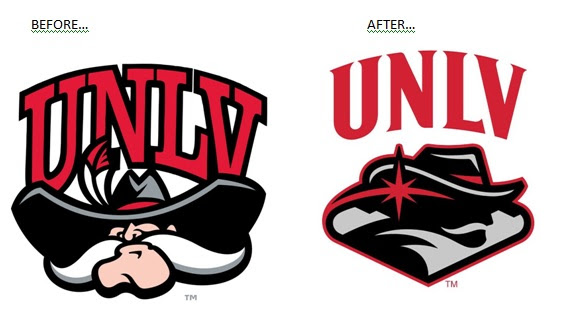 Reactions to the new logo have not exactly been positive.

“What is it?????” tweeted Michele Correa. “It kind of looks like a folded pile of clothes with a cowboy hat.”