Ed Note: The Communist Left desperation and frustration appears to be surfacing by default as President Trump drops the hammer left and right (yes...pun intended).

This is an extremely dangerous time for Trump and for the American people (and the world).....

Former CIA Director Brennan, a certified Muslim convert, when he was station chief in Saudi Arabia, and is a card carrying member of the terrorist organization, The Muslim Brotherhood....has now come forward publicly to announce "a coup will begin if Trump fires Mueller." Let's take a wild guess as to who he has been talking to about such a coup in-order to scare Trump, if not the political Right in this country? Any guesses??

If Trump fires Mueller, which he is expected to and replaces AG Sessions with (Ted Cruz???) and a new investigation begins by indicting the Clinton machine...the Clinton Foundation, all funds and assets, including homes and vehicles, etc will be seized.

Under AG Sessions and his major boost and support for illegal Civil Asset Forfeiture by law enforcement, will NOT touch the Clintons.

The Clintons need to be indicted under the "Rico Act."

America is in grave danger and Trump's life is hanging by a thread. He must begin wrapping-up the real criminals at a rapid pace, maintain extreme security for himself and his family with personally selected security and keep a close eye on his Secret Service detail at all times. When travelling overseas, don't sleep in a hotel, stay on Air force One.

We all need to think positive over his safety....that he will be protected by God or any spiritual force you desire. President Trump received the spirit, the power, the support of most Americans to change this world and to destroy the globalist agenda of enslavement and eugenics. Most important....is to begin immediately locking-up the Communist/Muslim global operatives inside America before their plans for the "coup" (which is already underway) begins with blood in the streets.

Once the USA submits to the globalist deep state Communists, it's all over for all Americans...and I mean "ALL" including the world.

Months of preparation and coordination have resulted on Thursday in the takedown of two of the largest criminal Dark Web markets, AlphaBay and Hansa. Besides illegal drugs, fraudulent visas, gun trafficking and hacking, it was discovered that the suspects were seeking contributions to hire assassins to kill U.S. President Donald Trump and Vice President Mike Pence.

While the law enforcement agencies involved in the takedown announced the various activities of the Dark Web including the Trump threat, most of the U.S. news media — except Newsweek —  omitted reporting the Trump part of the story.

Note: The Power Hour Nation radio show has switched HF frequencies from 7.490 MHz to 7.780 MHz. Listeners to the show are asked to report signal quality and what frequency you listen to from your location in the world. 13.845 MHz is still active as well and 9.395 MHz
http://powerhournation.com  (LIVE Show Mon - Fri 7am CDT to 10am)

Shortwave radio is essential for survival when all else WILL fail....just ask the WWII survivors while hiding in Germany & Poland

MCCAIN BACK IN SENATE FOR HEALTH CARE VOTE... 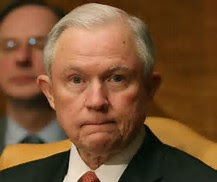 Little girl 'cured' of HIV after cocktail of drugs...

NASA experiment to cause 30 sonic booms in Florida...

Spike in calls to poison control centers over dietary supplements...

Clash between DELTA pilot and flight attendant delays flight...(D.B. The trend for the "Head Stew" to manage the flight, including the Captain, began after feminists gained power in America and passengers wearing shorts, t-shirts and sandals became the norm. Hello Greyhound??)

Humans, dogs to have CONVERSATIONS within decade?

In Early Tweetstorm, Trump Lashes Out At Sessions For Ignoring "Hillary Crimes" (D.B.: Hillary and her cronies are still a "clear and present danger" that cannot be swept under the carpet)

Pastor: Senior Republican Told Me of Plan to ‘Take Out’ Trump

Trump Pushes Back on Plan for Afghanistan Troop Surge

Why Did the Democratic South Become Republican?

Chester Bennington: Another Celebrity Suicided By Hanging—Was he the biological son of John Podesta?

O.J. Simpson: Another American Black Hero Taken Down by the Establishment

Posted on July 22, 2017 by State of the Nation
Subject: DOWNWARD SPIRAL
Continue reading →

Mueller’s Team: Meet the Lawyers Who Donated to...

Hawaii Releases Official Guidelines on How to Survive a...  (D.B.: Preparing for an attack)

SCHUMER'S ADMISSION: Russia Had Nothing to do With 2016...

PRESIDENT TRUMP IS GETTING THE JOB DONE!

HILLARY MUST 'PAY THE PIPER'