Let's Cut to the Chaste!

It wasn't enough for liberals to demand free birth control for adults. Now, the Left is gearing up for an even bigger sales pitch -- for young girls. America's daughters are the next stop on Congress's high-speed train of sexual irresponsibility, thanks to a new study from the Washington University School of Medicine. Researchers there insist that if teenage girls had access to free birth control implants like IUDs and hormones, the pregnancy rate would nosedive.

"When costs are removed, young people and families will use these effective methods," said Dr. Mary Ott of Indiana University. Like the American Academy of Pediatrics, which just threw its support behind these more invasive kinds of contraception for kids, Ott is part of a growing movement of doctors determined to remove the barriers to early sexual activity. While researchers cheered the lower birth rates they saw from the free implants (35 out of 1,000 compared to the national average of 158 per 1,000), they were suspiciously mum on the rate of sexually transmitted diseases.
No wonder. IUDs and other contraception might protect against pregnancy, but they have absolutely no effect on deadly infections. And based on the CDC's own research, young people (ages 15-24) are disproportionally affected -- "accounting for half of all new STIs," even though they only represent 25 percent of the sexually experienced population. In other words, these implants might stop kids from having a baby, but they could mean that we parents lose ours! Instead of focusing on risk reduction, it's time to focus on risk avoidance. IUDs, injectionable contraceptives, and implants don't protect against death and disease. They also don't protect against the higher risk of depression and the emotional toll associated with premarital sex.
Somewhere along the way, it became okay to set the bar lower on purity. Unlike any other risky behavior, adults began operating from a position of lower expectations -- as if teenagers were wild animals, incapable of exercising any self-control. It became assumed, not discouraged, that children would have sex. And as a result, we have an entire area of teen education that doesn't curb the risks -- but accelerates them. Think about the other behaviors that can devastate a young person's life. We don't tell kids to drink less. We tell them not to drink, period. The same with smoking. We don't hand them filters because we assume they're going to light up anyway. We teach them not to.
For whatever reason, we've become a society that's afraid to challenge the idea that kids have to have sex before marriage. We refuse to believe that anyone has the self-respect to wait for their spouse -- when in reality, there's a whole generation of kids out there who want to be abstinent. They just aren't being challenged to do what may be more difficult and counter-cultural.
Too many moms and dads think their kids aren't listening to what they say about abstinence. Think again. Parents are the single biggest influence on their children's decisions about sex -- topping Hollywood, celebrities, and even their friends. The culture is committed to marketing promiscuity and immodesty at every turn. As parents, we have to be just as committed to helping our teenagers fight those temptations. It's time to put our trust in kids to do the right thing. Otherwise, they'll continue meeting the low standards we set for them. 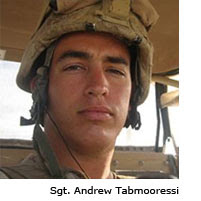 When President Obama said that America "never leaves a man behind," there was one Marine who begged to differ. Imprisoned for six months (long enough to see the U.S. trade terrorists for an Army deserter), Sergeant Andrew Tahmooressi may be close to tasting freedom -- no thanks to President Obama. The same commander-in-chief who negotiated with terrorists for the release of Bowe Bergdahl has refused to ask for Andrew's release, despite the national outcry.
Where the White House has failed the Marine, members of Congress have not. Rep. Matt Salmon (R-Ariz.), who chairs the Foreign Affairs Subcommitee on the Western Hemisphere, held a rare "mid-recess" hearing that included everyone from Andrew's mom to talk-show host Montel Williams. "If this hearing's going to stop in 10 minutes, I think the President needs to pick up the phone in 15. Make the call. Make the call today," Williams said, holding back tears.
The "call" Williams was referring to is to Mexican President President Enrique Pena Nieto, a person the White House has yet to phone. According to USA Today, "Salmon and Royce said they met with Vice President Biden before Obama was to talk with Pena Nieto and were assured that Tahmooressi's case would be brought up. Salmon said it wasn't." Fortunately, Reps. Salmon and Rep. Ed Royce (R-Calif.) have stepped in where President Obama has not. After a discussion with the Mexican Attorney General, both Congressmen are "confident that a humanitarian release will occur very soon."
Meanwhile, the administration's priorities could not be more confused. "Sgt. Bergdahl cost American lives. Stg. Tahmooressi saved them," veteran Pete Hegseth testified. It's time for the President to step in and defend all Americans abroad -- whether it's Sgt. Tahmooressi or Pastor Saaed Abedini. It's time that being an American meant something once again; that no matter where you may be in the world you are not alone, your country stands with you. 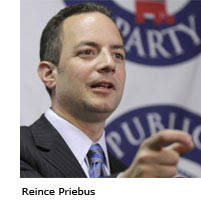 FRC hasn't always seen eye to eye with the Republican National Committee (RNC), but those disagreements seem to be less common under current Chairman Reince Priebus. Unlike past leadership, which refuses to acknowledge core key planks of the Republican platform -- or worse, work against them -- Chairman Priebus clearly understands the values that are at the core of America's exceptionalism: faith, family, and freedom.
And at a speech at George Washington University today, Reince made it clear that solving America's problems means promoting conservative principles. Including traditional values. In addition to tackling our economic, defense, health, and constitutional problems, Priebus emphasized a party that champions life and family. "And just as our government shouldn't stand in the way of the family, it shouldn't stand in the way of religion... Republicans will fight for protecting the rights to free exercise and free expression -- and freedom from government coercion to violate one's beliefs."
It was an encouraging step for a Republican Party that has been suffering an identity crisis as a result of self-induced amnesia that has caused the GOP to forget its core principles. President Obama and his Party have left America adrift and at risk in a fog of political correctness. Chairman Priebus is helping chart a course forward for both the GOP and the country that would lift that fog with the principles that made America great.
** If you missed my interview on Fox's "The Kelly File," last night, check it out below. 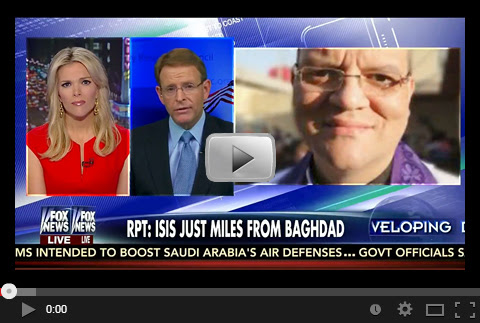 Tony Perkins' Washington Update is written with the aid of FRC senior writers.