Under ObamaCare, almost everyone loses. But thanks to the Young Invincibles, there is at least one winner -- of a $1,200 sweepstakes. It's just the latest gimmick aimed at signing up more Americans for a health care plan they overwhelmingly oppose. The Invincibles, a liberal brainchild that targets the 18-34 year-olds, is doing its part to pump up ObamaCare enrollment before the March 31 deadline -- most recently by offering cash prizes to people who download their information.

Unfortunately for the lucky recipients, $1,200 may not be enough to even cover their first year's premium, based on the newest information available. As conservatives warned, rates are already rocketing through the roof -- and the sticker shock is only getting worse. The insurance sector expects ObamaCare premiums to double (and in some cases, triple) in certain parts of the country. Barely a week ago, HHS Secretary Kathleen Sebelius tried to downplay the costs in her testimony before the House Ways and Means Committee, insisting, "the increases are far less significant than what they were prior to the Affordable Care Act."
That was news to the insurance industry, which is scrambling to cope -- not only with the price, but also with the administration's lawless changes. "...I think everybody knows that the way the exchange has rolled out... is going to lead to higher costs," one insurance executive told The Hill. "We're exasperated," explained another. "All of these major delays on very significant portions of the law are going to change what it's going to cost." By how much, no one really knows. What they do know is that the rates aren't expected to roll out until this summer -- meaning that most Americans won't know how much their premiums will be if they enroll before the March deadline.
Under this system, money isn't the only thing at a premium. So is information, as the White House continues to keep policyholders in the dark about what their plans cover -- including their reluctant participation in a procedure like abortion, which most oppose. For Democrats, whose Senate grip is slipping with every headline, the news couldn't come at a worse time. Republicans, meanwhile, are benefiting from an embarrassment of riches on the health care front.
And while their campaign ads have been scripted perfectly by the Obama administration's failure, many believe there's one thing missing: a conservative health care plan of their own. For the last several weeks, Republicans have been determined to change that, meeting and strategizing over a potential alternative to the President's signature law. Focusing on freedom, flexibility, and frugality, conservatives are piecing together an ObamaCare replacement from a basketful of ideas tossed around over the last few years. "It's going to be all about giving people a choice," said Rep. Andy Harris (R-Md.). And by "choice," he doesn't mean the current law's definition of taxpayer-funded abortion.
Together, the GOP is crafting a plan that ensures there's no rationing, no abortion funding (whether through tax credits or deductions), and nothing in the bill that infringes on the conscience rights of patients or practitioners. That vision also includes key building blocks like promoting health savings accounts, pooling the health coverage of small businesses, cutting the number of federal regulations, returning more power to the states, repealing new taxes, and keeping rates low. Sen. Tom Coburn (R-Okla.), who knows first-hand how frustrating the ObamaCare coverage is, spoke for most conservatives when he said, "I don't care about the politics of it. I want to solve the problem." On that, we can all agree.


Toppling the Reign of Pain 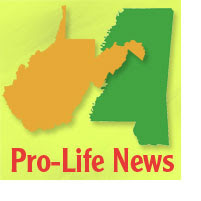 It's been exactly one year since Kermit Gosnell's name became synonymous with the darkest side of the abortion business in a public trial that put a horrific face on the "choice" so many liberals defend. Just last week, another of Gosnell's associates, medical assistant Sherry West, was sentenced to five to 10 years in prison for her role in a woman's death at the Philadelphia Women's clinic. Now, several months and pieces of legislation, states have taken to heart the lessons of the trial that kicked off March 18, 2013 and raced to put measures in place that protect mothers from the nightmarish conditions of Gosnell's clinic.
West Virginia and Mississippi are the latest legislatures to pass humane bills that try to lessen the suffering of unborn children. Under these proposals, abortion would be illegal after the 20-week mark, when scientists agree that babies can feel excruciating pain. Remarkably, West Virginia's measure sailed through the state house and senate despite strong democratic majorities. Even U.S. Senator Joe Manchin (D-W.Va.) threw his support behind the ban, which an overwhelming majority of Americans support. The legislation now sits before Governor Earl Ray Tomblin (D), a self-described pro-lifer, who is expected to sign it within the week.
Down south, a similar proposal in Mississippi is in conference to iron out a few minor differences between the house and senate version -- but will soon be headed to the desk of Governor Phil Bryant (R), who left little doubt where he stood on the issue. "My goal," he told leaders during his State of the State address, "is to end abortion in Mississippi." Thanks to this bill, he would be well on his way! 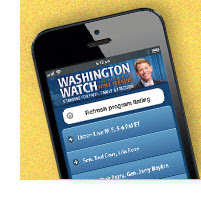 You don't have to miss a second of our live daily show, "Washington Watch with Tony Perkins," no matter where you live. With our mobile app, FRC's unique perspective on inside-the-beltway news is right at your fingertips. Go behind the scenes to get the news that you won't hear from the mainstream media by downloading "Washington Watch" to your mobile device. Become a regular listener at 5:00 (ET) or get instant access to recent programs featuring some of the best and brightest conservatives-- including guests like Senator Ted Cruz, Rick Santorum, Mike Huckabee, Dr. Ben Carson, Glenn Beck, Senator Marco Rubio, Kirk Cameron, and many more.
To get the free app, go to frc.org/app on your Apple iOS or Android device, and you'll be directed to the appropriate app store for your device, where you can download "Washington Watch with Tony Perkins" and hear what's really happening in the nation's capitol. Tune in for your daily fix of FRC and learn how you can get more involved in the culture and praying for our country.
** The FRC tag team of Ken Blackwell and Bob Morrison have been busy at their keyboards -- first with "How's This for Flexibility, Mr. President?" for American Thinker, and then with a piece for Catholic.org called, "Exodus II? Christian Persecution in the Middle East."
Tony Perkins' Washington Update is written with the aid of FRC senior writers.
Posted by Lee S. Gliddon Jr. at 6:51 PM