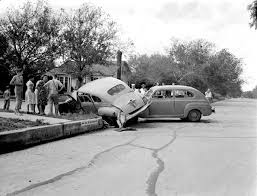 “We had 9 more people vote in the election than the final credentials report. When some challenged it, they gaveled the meeting closed. (Name withheld) challenged the minutes at the next meeting and Kadenacy wouldn’t allow her to speak. It’s not pretty up here.”

Mr. Kadenacy, by the way, won that election by the razor-thin margin of 12 votes.

Anyway, in response Phyllis Westrup sent the following to me…

“As secretary of the Washoe County Republican party, that email about gaveling the meeting and not addressing the count in the minutes is false.

“The minutes are on record and were approved at the meeting July 25.  The count is explained in the minutes and I answered the question about the count.

“The sign-in sheets and all the counts for the election are in the office for anyone to examine.  Guess what!  NO ONE HAS EVER ASKED TO SEE THEM.

“Michael never gaveled the meeting closed.  Don’t know who sent that to you but it is absolutely false.”

So I shared Ms. Westrup’s response with my friend, who in turn responded…

“Well, I'm not surprised. Phyllis has done so many inappropriate things, it's stunning. Such as, keeping Adam Laxalt and Robert Uithoven off the central committee before the election.

“And, by the way, those minutes were false but approved by the few people who still attend central committee meetings, all Kadenacy acolytes.”

Folks, this is why Nevada Republicans can’t have nice things.

It’s why President Trump lost Nevada to Crooked Hillary in 2016.

It’s why Mark Amodei is now the only Republican member of Nevada’s congressional delegation.

It’s why Barbara Cegavske is now the only Republican statewide elected official.

It’s why Republicans are now in the minority in the state senate.

And it’s why Republicans are now in the SUPER-minority in the state assembly.

Apparently Nevada Republicans can’t even run an in-house election with paper ballots…and can’t figure out how to videotape every meeting (hello, smart-phones!) rather than rely on unreliable “minutes.”

I swear, these people could screw up a two-car funeral!

Folks, it’s time for a major house-cleaning…top to bottom…inside out.

I was only KIDDING about throwing my hat into the ring for chairman of the Nevada GOP.

Plus, it’s time for new blood.

It’s time for someone from the next generation to take the baton.

Preferably someone who doesn’t actually remember the first moon landing!

And in any event, the deadline to hop into the race has already passed.

The field is set.

And I’m heading up to the campground playground this morning to shoot some hoops with my son.