OBAMA SEES HIMSELF AS 'EMPEROR"

Posted on April 16, 2015, 12:14 pm by Keith Koffler • 15 Comments
I want to alert you to a piece the other day in the Wall Street Journal by Pete Peterson. It’s a fascinating window into what’s going on with President Obama.
Peterson, executive director of the Davenport Institute for Public Engagement at Pepperdine’s School of Public Policy, argues that the Saul Alinsky acolytes have achieved power, but are still using Alinsky tactics. But these tactics, virulent and uncompromising, were meant for the oppressed. In the hands of the powerful, they are frighteningly malignant.
Alinsky has been turned on his head. And upside down, Alinsky begins to look like Machiavelli:

Alinsky promoted the few tactics available to the downtrodden: irreverence, ridicule and deception. “Pick the target, freeze it, personalize it, and polarize it,” he wrote. So the rise to power of the world’s most famous community organizer raises a question: Should Alinskyite tactics be employed by those in power, or should they be reserved for those without?
What happens when Machiavelli’s Prince reads and employs “Rules for Radicals”? In 2009 President Obama’s friend and adviser Valerie Jarrett was asked on CNN about media bias, particularly at Fox News, and she responded: “What the administration has said very clearly is that we’re going to speak truth to power.” I remember thinking: “Wait a minute, you’re the White House. You are the power” . . .
What has happened is that a generation of American politicians who came of age during Saul Alinsky’s lifetime has moved into positions of institutional power that he so often derided as “the enemy.” They are showing an inability to leave behind Alinsky’s tactics that were intended for the weak against the strong. Civil discourse and academic freedom suffer while the “Prince” becomes more powerful.

Peterson mentions the White House but focuses mainly on Arizona Rep. Raul Grijalva, the ranking Democrat on the House Natural Resources Committee, and Grijalva’s attempt to bully and intimidate professors who question global warming by demanding to know who’s funding them, and so forth. But the far more pernicious example is President Obama, whose failure to drop the Alinskyite tactics and assume the persona of a leader is undermining our system of government. 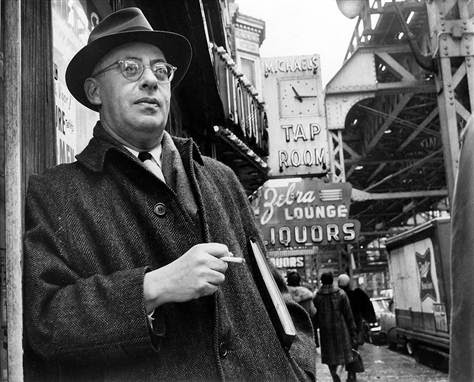 Obama has made no attempt to build relationships on either side of the aisle, because that’s not what interests him. Adopting Alinksy’s strategy of brutal offense, he rammed what he could through Congress while Democrats were in charge and then reverted to unilateral assertions of power via executive action as Republicans took the House and then the Senate.
Meanwhile, the enemy, meaning Republicans, is still portrayed as “the power” – the evil foil of the supposed underdog and champion of the people, even though the underdog happens to be the president.
Republicans, Obama tell us, are tools of filthy money corrupting the system and oppressing the masses, even as Obama outraises them all. Republicans want war. They like to oppress gays, Hispanics, and blacks. They don’t care about wages, unless they’re the wages of CEOs. Republicans hate science, and want to leave the earth to broil under global warming. Republicans don’t just want to prevent women from earning equal wages, they are in fact waging a war against women. They want to deny poor people an education. They will tolerate endless gun violence because the all-powerful NRA tells them too.
You get the point. You’ve heard all this.
Sure, Democrats always say these things. But Obama has taken it to a new level, particularly for a president, questioning his opponents’ motives and eliminating the bonhomie that used to prevail and foster alliances beneath the rhetoric.
Now, the rhetoric is the reality. And that is pure Alinsky.
And faced with such unrelenting evil, as Obama thinks he is, who has the patience for such niceties as the Constitution? Checks and balances are cast aside when those checking you are not just your opponent, but the Enemies of The People.
And so Obama governs unilaterally. Because the rules for radicals are incompatible with the rules of a republic.
Posted by Lee S. Gliddon Jr. at 12:08 PM