What the Founding Fathers hailed as a virtue to be pursued and protected is today being pursued and pummeled by those who want to see religious freedom quarantined to the four walls of our churches. Fortunately, there are still some elected leaders who understand that all our freedoms hinge upon our First Freedom, the freedom of religion. Today, I had the honor of joining Mississippi Governor Phil Bryant (R) at the signing of SB2681 -- the state's Religious Freedom Restoration Act (RFRA) and had the opportunity to thank him first-hand -- and others who were instrumental in passing the bill -- for their tremendous leadership in defending religious liberty.

Unfortunately, political courage is in short supply these days. That's never been more obvious than these last few weeks, when the opposition launches massive misinformation campaigns. Too many "leaders" tuck tail and run, instead of standing their ground and learning the facts. Some things are worth fighting for -- and religious freedom, the ability to live out our faith in every aspect of our lives, is at the top of that list. As the Apostle Paul instructed the believers at Corinth, "Whether therefore ye eat, or drink, or whatsoever ye do, do all to the glory of God."
There is absolutely no aspect of our lives that should be beyond the guiding light of Scripture -- a truth the Founding Fathers not only understood, but also felt obligated to defend. In this evening's edition of "Washington Watch," I had the privilege of having Governor Bryant join me in-studio to discuss the bill signing and their successful pro-family legislative session. After 7:30 p.m.(ET), you can listen online to the interview archive by clicking here. 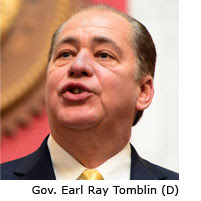 Unfortunately, not every Governor is as principled as Phil Bryant. In nearby West Virginia, his counterpart, Earl Ray Tomblin (D), surprised everyone by walking away from his pro-life promises by vetoing the state's 20-week abortion ban. For West Virginia, even passing the bill was a major coup in a state controlled almost exclusively by Democrats. But, like the federal Pain Capable Unborn Child Protection Act, the legislation is so reasonable that even members of the President's party can't help but support it.
Similar to the measure just passed in Mississippi, the bill would block abortions at five months when scientists agree babies can feel excruciating pain. The idea is so overwhelmingly popular that the majority of Americans -- regardless of their views on abortion -- support it. Unfortunately, the majority of Americans doesn't include Governor Tomblin, who vetoed West Virginia's HB 4588, claiming it was somehow unconstitutional. Fortunately, the state's leaders aren't taking the defeat sitting down. House Minority Tim Armstead (R) and others are demanding the Governor call a special legislative session so that the legislature can either override the veto or pass the measure again. If he refuses, leaders are threatening to find the three-fifths of the state senate and House of Delegates that would.
Both chambers passed the ban by huge margins -- 29-5 and 83-15 -- even picking up the support of U.S. Senator Joe Manchin, who became the first Democrat to endorse the federal version of the pain ban. "I'm pro-life and always have been," he told reporters. For now, Leader Armstead believes there's a "strong possibility" of forcing the Governor's hand and undoing the damage he's done to innocent unborn lives. Like us, he understands that the issue is too important to put off until the 2015 session. 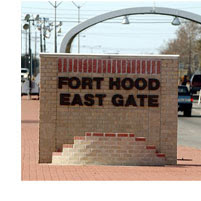 It was the kind of trauma that no one could imagine reliving. But for the families at Fort Hood, the shock and pain of yesterday's tragedy was an all-too familiar feeling, as news of yet another shooting on one of our military bases left us all to wonder what has come of our country. Our hearts and prayers go out to everyone whose lives are shattered by the violence that stole the lives of four of our country's finest. No doubt we'll all hear more details and possible explanations as the investigation into a second Fort Hood shooting goes forward. But we must look beyond the stress of the military, mental instability and gun control laws to find the answers to why the fabric of our nation is being frayed by one act of violence after another. Historically, there's been a special bond between those who serve in uniform -- a bond that compels them to give their lives for one another, not take the life of another brother.
As a man sitting next to me on the plane said this morning, "America has changed, and not for the better." We must not lose hope, but rather retrace our steps to discover where we lost our way and return our nation to the right path where life is valued, family is celebrated and religious freedom embraced.
Tony Perkins' Washington Update is written with the aid of FRC senior writers.
Posted by Lee S. Gliddon Jr. at 6:37 PM