Our big rally in support of the President’s border visit will be at 10 am Tuesday at the Otay Mesa rally site at Enrico Fermi Place and Kellianne Way.  We plan to rally there for about two hours with signs and flags.  We have very high interest for this pro-America rally from the public and the patriot community.  Patriot groups from all over CA will be attending, including The Remembrance Project, San Diego Patriots, Frontline America, and many others.  We’ll have good guest speakers as always and we may even have a certain outstanding candidate for Governor (Travis Allen) there too.  Its looking good so far.  Hope to see you there too.  Spread the word!
The media will be there to cover our support for President Trump’s border visit and his strong border security platform.  Plenty of Sheriffs deputies will be on hand to keep any left wing protesters away from our rally.
Our rally is mentioned in the top story about Trump’s visit in today’s SDUT:

President Trump will visit California next week, the White House confirmed Wednesday afternoon.
Trump is expected to spend part of Tuesday in San Diego visiting the prototypes for his border wall, a key component of his campaign platform, before going to a Republican fundraiser in Los Angeles….
….Jeff Schwilk, founder of San Diegans for Secure Borders and one of the organizers of the pro-wall rally, said he's planning another rally in support of Trump's visit to the prototypes.
“We welcome President Trump’s visit to San Diego to inspect his new border wall prototypes and to see how our existing secure double fence in San Diego has reduced illegal border crossings here by over 90 percent during the past 10 to 15 years,” Schwilk said. “San Diego is living proof that border fences and walls keep us safe and we look forward to President Trump fulfilling his main campaign promise of finally securing our border.”
Ben Bergquam, founder of Frontline America and one of the organizers of the “Build the Wall” rally, said he planned to return to San Diego for Schwilk's event.
“We will be supporting every effort to build the wall and secure our borders,” Bergquam said. “It’s time to protect American dreamers.”….
http://www.sandiegouniontribune.com/news/immigration/sd-me-trump-visit-20180307-story.html

The rally location will be the same as our rally on Dec. 9th – East end of Enrico Fermi Pl. in east Otay Mesa.  Easy access off the 905 / 11 Freeway.  Plenty of parking along Enrico Fermi Place.
The road that intersects Enrico Fermi Pl. at the east end has recently been named on Google maps, “Kellianne Way”.  I’m not making that up.

Below is the map from December so it doesn’t show the newly named road.
For your GPS directions, plug in the address 10200 Enrico Fermi Place, San Diego 92154 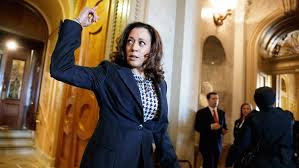 According to Russian Oligarch Oleg Deripaska, Daniel Jones described Fusion as a “shadow media organization helping the government,” funded by a “group of Silicon Valley billionaires and George Soros."

Trump Agrees To Meet With Kim Jong Un: "Great Progress Being Made"

"Beijing may be reducing capacity here, but it's moving it elsewhere."

"If the Chinese took over that port, then the consequences could be significant..."

We may finally get some answers to the high-level Obama administration’s gun-running scandal dubbed 'Fast and Furious'...

Making antimatter transportable :Antimatter vanishes instantly when it meets matter. But researchers have developed ways to trap it and increase its lifespan in order to use it to study matter.

Assault Weapons Preserve the Purpose of the Second Amendment:As Justice Scalia ably articulated in Heller, the Second Amendment was designed to protect what Blackstone called the natural right of resistance and self-preservation-SCALIA WAS MURDERED!.

Laws of Nature Trump Economics: It's All About Energy Return on Energy Invested (EROEI) - Dr. Charles Hall +Video 550
To Economics and Politics on Thursday Mar 08 2018 16:12

US Ponders a Strike Against Syrian Govt Forces: What’s Behind This Aggressive Approach?639To War and Conflict on Thursday Mar 08 2018 13:31

TIME TO CELEBRATE!!! McCAIN STEPPING DOWN!!!

AMERICAN ACTION NEWS 03/08/2018 ANOTHER ASCTIVATE JUDGE MUST BE DEALT WITH!

From The Desk of  Capt. Dave Bertrand (Ret.)  Int'l Airline Freight Captain on the DC-8 stretch jet / B-727 series 200 jet & First Officer  DC-6 prop & DC-10 wide-body jet), 72' to 76' U.S. Army Veteran (Military Police) 'Comms Sergeant' (Korea), Law Enforcement (State), DHS Trained Counter-Terrorism Instructor for HWW, Border Security Specialist, Political Analyst  and Activist to help "Make America Great Again" while exposing the "Deep State" shadow government enemy.
My mission is to slice through the propaganda, encourage everyone to write  and share important news among our network of patriots, military, law enforcement and selected news media sources (we trust). We are the pulse of America and we will prevail.
Posted by Lee S. Gliddon Jr. at 9:49 AM