HILLARY CLINTON IS A 'TOOL' OF THE KHAZARIAN MAFIA - A SATANIST!

Ben’s update is loaded with good news—if you know how to read between the lines, especially. The writing is on the wall.
If one went back two years, one—even six months—the flavour of the intel is dramatically different. It’s very spicy these days. ¡Mui picante!

The tide has turned, the World is working to take down the psychopaths and free Humanity. It’s happening… and there’s no denying it. It’s all but done, now. With only the minions left on the planet, it’s just a matter of time before the conspiracy is common knowledge and the great awakening can proceed at Light speed.

We need to remember that all is not what it seems, and that the Light forces will do everything in their power to ensure we have a relatively soft landing, no matter what happens with the financial system.

They have liberated other planets before this one from this vermin, so they know what they’re doing.

The first link of three Ben provides below about the underground nukes/earthquakes in DC/Denver (location of a massive complex under the airport) is particularly interesting, and shows a map of the underground tunnel system across America, for those who are unaware.

I’ll complete this missive from Ben in a few days, and add the video when it’s available.  ~ BP 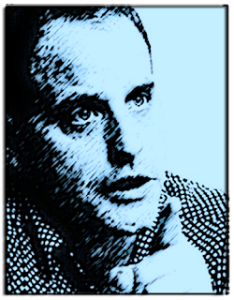 The battle for the planet earth has taken a dramatic turn with the destruction of three major Japanese underground bases, an accelerating hunt for Khazarian mafia oligarchs, high stakes financial negotiations between the military industrial complex and Asian secret societies and more.

First about the earthquakes: it is a given on Japanese Internet chat boards that the recent spate of earthquakes in Southern Japan were all artificial earthquakes. The evidence presented is that the seismographs all resemble earthquakes caused by explosions with a sudden huge shock followed by steadily decreasing aftershocks. See the links below for evidence of this:

If you put 1812 Oyatsu, Mashiki, Kumamoto Prefecture in on Google earth you can see the military base at the epicenter of the first earthquake. There are several unusual structures to be seen there that appear to be the entrances to underground bases.

It is also worth recalling that Japanese Finance Minister Taro Aso recently told American economist Paul Krugman something to the effect that the Japanese government was looking for a trigger to start World War 3 in order to save the economy.

Chinese government sources in Beijing recently told this writer they had identified an unusually intense build-up of military material by the Japanese government in recent months.

The bases hit are all located close to the Korean Peninsula where it would be easy to move large numbers of troops to the Asian mainland for a war with China. It thus appears there was a pre-emptive strike, by forces unknown, to prevent any Japanese attempt to start World War 3.

The announcement by North Korea that they had submarine based ballistic missiles was in reality a Japanese reaction to the attack on their underground bases. The message was Japan still has an intact retaliatory nuclear strike capability via their North Korean proxy. They need not worry though because nobody is planning to invade Japan.

There was also some belligerence going on last week concerning the Asian gold stashes in Indonesia. Officials at CIA Asian headquarters in Singapore last week warned the Chinese that…
… if they tried to use their spending of tens of billions of dollars in Indonesia as a way of getting political control there, the Americans would “make a move.”

Also, in response to the Chinese offer to supply gold at a 13% discount, the Americans in Indonesia and Singapore claim they do not need it because they control a vast gold hoard near the US embassy in Jakarta, CIA agents in Indonesia say. The Indonesian government for its’ part, is laying claim to the 4000 tons of Japanese gold they say is located at the equator monument. This seems to be Indonesia’s conclusion after Vice President Jusuf Kalla secretly visited the US, Japan and China and President Joko Widodo visited Belgium, Holland and the UK. If anybody wishes to dispute this claim, they will have to be ready for war with Indonesia, the CIA sources say. However, proof of the existence of this gold remains elusive. Photographs of the site only showed construction work, not gold.
The Chinese, for their part, are getting impatient with Western, especially American, dithering on their offer to jointly set up a future planning agency and may “draw a line in the sand,” Chinese officials based in Japan say. The most likely scenario is the Chinese will simply stop accepting dollars after a certain date. The world will be offered gold backed Yuan as an alternative, Chinese government sources say.

The Chinese are not the only people getting impatient with the Khazarian cabal. In Brazil, the military, sick and tired of watching bribed politicians try to stage a coup against President Dilma Rousseff, are getting ready to send tanks to the Congress building, US Defense Intelligence Agency sources say. The Vatican is also getting on the case to ensure there is no Khazarian coup in Brazil by organizing people power, they also note. Furthermore, Brazilian billionaire and Khazarian honcho Joseph Safra, the world’s richest banker, has been charged with bribery. The charges are part of a Brazilian police investigation called “Operation Zealots,” that is going after the bribers of politicians, according to multiple news reports.

In Europe, the Germans are also getting fed up and have made a decision now to “turn East,” according to Pentagon sources. The attempt to extort money from Volkswagen, NSA spying, the refusal of the Federal Reserve Board to return German gold and the sanctions against Russia have all contributed to this German decision, they say.

Also in Europe “French opposition and brexit spell the end of the TTIP [trade deal] championed by cabal thugs Goldman Sachs and Monsanto,” one source added. In Eastern Europe, the Russians have made big moves against the cabal regime in the Ukraine. President Petro Poroshenko vanished from sight for a week and when he re-emerged, he changed Prime Ministers and suddenly became serious about implementing the Minsk peace accord with Russia. As a background to this, Ukrainian power broker, Khazarian oligarch and Israeli agent Valeriyovych Kolomoyskyi had his assets seized and he himself “may be targeted,” Russian sources say.

In the Middle East, US top general Joseph Dunford visited Egypt to help President Abdel Sisi “crush ISIS in the Sinai Peninsula and in Libya,” Pentagon sources say. The implication, of course, is that the US has decided Egypt is the most rational and reliable Sunni government in the Middle East and the US military and agencies, together with the Russians, will help them exert more influence in the region. Since ISIS is a proxy for Turkey, Israel and the Gulf Monarchies, it looks like Egypt, Russia, Syria, Iran and the US military will be working together to bring peace and rationality to that troubled region.

The fact that US President Obama has decided to release at least the Saudi part of the 28 classified pages of the 911 report makes it clear the US has decided to part ways with that regime. The FBI and the Pentagon are also planning to make sure everybody in the world hears about the Israeli “art students” found dancing for joy while filming the 911 destruction, making it clear Israel too had a big part in that mass murder incident.

There are also FBI probes going on now uncovering Khazarian mob corruption involving the New York Police Department and the New York Mayor’s office, FBI sources say. The US corporate media is also reporting on attempts by Khazarian Satanist mobster Hillary Clinton to get herself fraudulently elected, as can be seen in this New York Post headline: “Investigation into New York’s voting irregularities launched after botched presidential primary.”

Then we have the US nationwide MccLatchy Newspaper chain and many other corporate media outlets reporting on the Clinton’s Panama papers links with headlines such as: “Inside Panama Papers: multiple Clinton connections.”

Such open media exposure of their corruption and multiple investigations into their criminal activities is a sign the Clintons are basically toast which means that their backers like George Soros, the Rockefellers, the Bushes etc. are also going to be toast.

America’s creditors, mainly the Asians, have offered the restored Republic vast amounts of gold in exchange for paper. The condition is that they agree to set up a meritocratically staffed future planning agency under equal East/West control. The Asians are waiting for an answer but if none is forthcoming, as mentioned above, they will act independently. In such a case it is a mathematical certainty the US economy will implode.

Also, the man who can put a definitive end to the Khazarian mafia take-over of the United States remains General Joseph Dunford. General Dunford will you grasp the horns of destiny and help save the planet, or will you go down in history as the man who missed his chance to make history?

Email ThisBlogThis!Share to TwitterShare to FacebookShare to Pinterest
Labels: Hillary a Satanist, Hillary a tool of Khazarian mafia