FLORIDA JUST ALLOWED A CAIR 'SHE-WOLF' TO A SCHOOL BOARD! 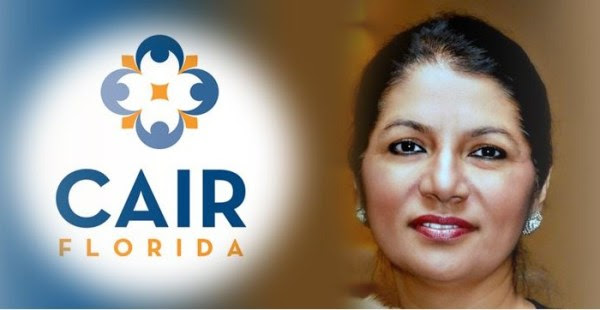 The fox isn’t just in the henhouse, he’s eating our young.
I have been warning of this for years. My book, Stop the Islamization of America: A Practical Guide to the Resistance, details how to fight back. We need an army of Davids.

CAIR’s she-wolf, Ghazala Salam, is guarding the school house.
Ghazala Salam is a local leader in the Council on American-Islamic Relations (CAIR). She also helps run annual events for Islamic Relief. Both CAIR and Islamic Relief have serious ties to global terrorist organizations. The two have been named terrorist groups themselves. Knowing this, it is inconceivable that Salam has been appointed to different advisory boards within the Broward County government and was named to a leadership position in the local League of Women Voters (LWV). It is time for Broward to purge itself of this terror-tied individual.
Ghazala Salam, who was born in India in 1965, is the Community and Government Relations Director for the Florida chapter of CAIR. She has served in this capacity since February 2011.