WHY OBAMA WANTS TO LET ILLEGAL ALIENS IN A new study examines labor trafficking in the United States - and its victims' plight - in agriculture, construction, hotels, restaurants and domestic work.

They work on U.S. construction sites and farms, in restaurants and hotels, even in homes.

Foreign workers, lured by false promises of good jobs in America, soon find themselves enslaved in plain sight as victims of labor trafficking, according to a new report published by the nonpartisan Urban Institute and Northeastern University.
About half of these workers pay "recruitment" fees to traffickers -- often thousands of dollars -- that can leave them stuck in debt for years. And while some victims are smuggled here, a majority - or 71% - actually enter the United States with a visa, the report found.
The International Labour Organization estimates that there are roughly 21 million people worldwide who are victims of forced labor, but there are no official estimates of how prevalent labor trafficking is in the United States.
Urban Institute researchers found, however, that "there's a system in place to facilitate thisexploitation."
In some cases, U.S. employers "turn a blind eye to how workers are recruited; in other cases they were more intimately involved in fraud and coercion during the recruitment process," the reportnoted.
Funded by the U.S. Department of Justice, the report details the way in which victims get ensnared by labor traffickers and how difficult it is for them break free. Here's how it can happen.
The bait: Victims often hear about a job opportunity from someone they know in their home country. They then meet with a recruiter who is often from an employment agency seeking workers for U.S. employers.
The pitch: "Employment in America would offer them a unique opportunity at a better life for both themselves and their families," the report said.
Related: The underground sex economy
In 93% of the cases that the Urban Institute reviewed, the recruiter misrepresented some key element of the job: the nature of the work, the hours, the benefits (health insurance, tuition, vacation) and the perks (e.g., free housing, or even legal permanent residence in the United States).
In terms of pay, the report found that the wages promised by recruiters are "not outlandishly high relative to the federal minimum wage." But in light of all the benefits and perks promised, they seem more generous. 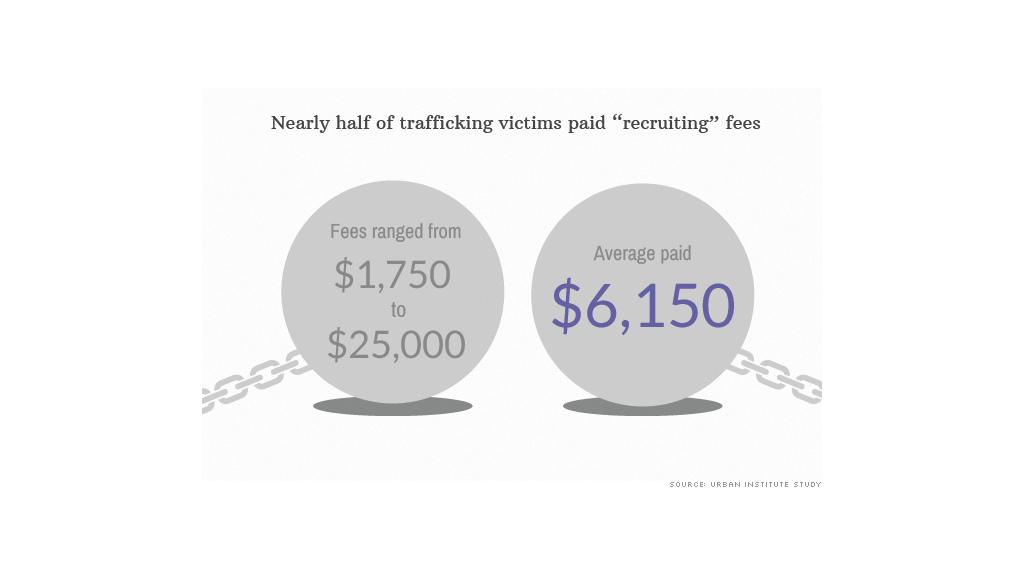 The switch: Once the pitch is made, the recruiter may then pressure victims to quickly sign contracts they don't understand and pay a high recruitment fee.
Of the cases studied and the trafficking survivors interviewed, nearly half the victims paid such a fee. The average fee was $6,150, which is more than the annual per capita income in many of the countries that the victims came from. But, in some cases, the fees ran as high as $25,000.
In order to afford the fee, victims often sold family property, mortgaged their land or took out high-interest loans.
Related: CNN's Freedom Project
For the 71% of victims who came to the U.S. legally, the last step in the recruitment process was to take workers to the U.S. embassy or consulate to obtain a visa. Often, the traffickers coached them on what to say.
"Information regarding a worker's rights and numbers to call in case of an emergency were not communicated [by embassy staff,] and in some cases, workers were interviewed in the presence oftraffickers or not interviewed at all," the report found. 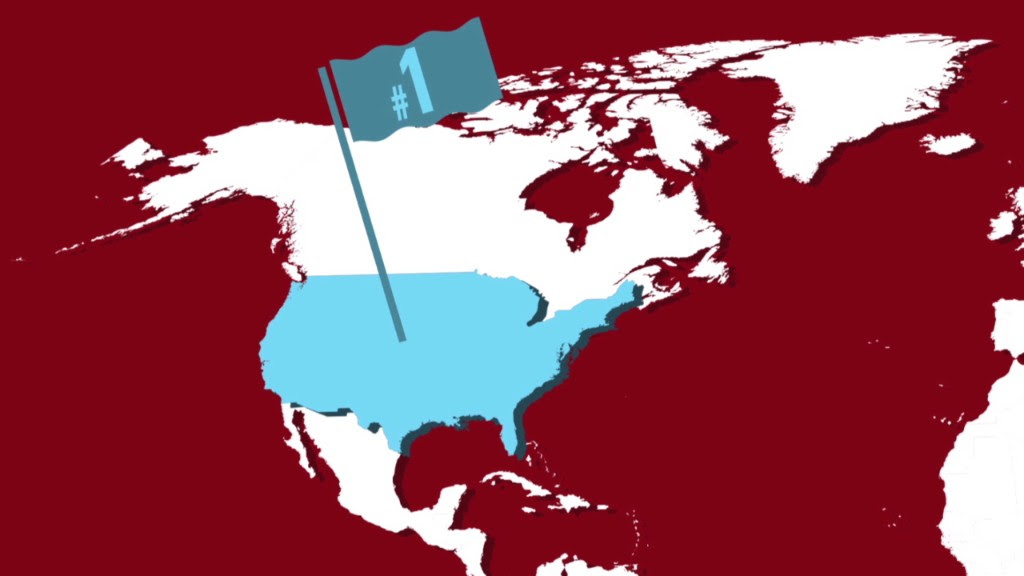 Immigration facts to know in 75 seconds
The real nightmare: Once here, labor trafficking victims are subject to multiple forms of mental, physical or financial abuse at the hands of their employer or the subcontractor that brought them into the country.
Among the most common abuses reported: Being paid less than promised or having pay withheld; being threatened with violence or otherwise demoralized; being forced to work more hours than advertised; and having their movements to and from work controlled - that is, if they aren't forced to live at the work site.
Besides taxes, the employer or subcontractor issuing workers' paychecks may also take out money for supplies, housing, food, utilities, transportation, health insurance (never provided), plus state, paperwork or immigration-status "fees." After all the deductions, the amount of money left over is often not enough to help trafficked workers pay down their debt the way they had planned.
Related: Big business fights human trafficking
And since the workers' visas are tied to their jobs, traffickers use their debt and immigration status to force them to stay.
What should be done: While trafficking is illegal, the report found that law enforcement, embassy officials, communities and the victims themselves aren't educated enough about those laws.
Survivors who escaped were often on their own for months or years before finding help. And where law enforcement was investigating labor trafficking, it wasn't made a priority.
The authors of the report recommended, among other things:
Posted by Lee S. Gliddon Jr. at 7:07 PM