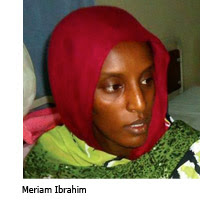 Just when it looked like Sudanese mother Meriam Ibrahim and her two children would finally be free from the grip of injustice, they were snatched back into the clutches of the Sudanese authorities, who detained them when they arrived at an airport to leave Sudan today. Sources close to the situation told me that Sudanese officials claimed they were trying to leave the country based upon incorrect documents.
Yesterday, in a heartening turn of events, a Sudanese appeals court overturned a lower court ruling in which Meriam had been sentenced to death for apostasy and 100 lashes for adultery. According to Sudan’s official SUNA news agency (as reported by the Independent), “The appeal court ordered the release of Mariam Yahya and the cancellation of the (previous) court ruling.” This was certainly a good bit of news, as numerous human rights organizations and governments had pressured Sudan and called on the ruling to be reversed.

The U.S. government had been slow to respond, however, only recently issuing statements bearing on the matter. Numerous groups had spoken and petitioned on Meriam’s case, including the Family Research Council. And in Sudan, Meriam’s attorneys had filed appeals and vowed to fight to the end. While her attorneys and others in Sudan were on her side, not everyone was happy with Meriam’s freedom. When she was released, Meriam had to go into hiding due to threats against her life.
Now, as she is trying to leave the country along with her family, her path to safety is being blocked by Sudanese national security forces. As long as Meriam and her family are in Sudan their lives are at risk. It’s time for the Obama administration to speak loud and clear to the Sudanese government that they will be held accountable for the well-being of Meriam, her children, and her husband. Sign on to our State Department petition here! For the latest on this story, tune in to Fox News’s “Kelly File” tonight at 9:50 p.m. (ET). 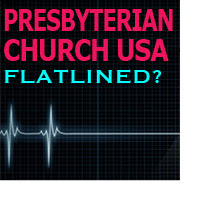 If the church can’t find its moral compass, how on earth do we expect the culture to? That was the question on most people’s minds after the Presbyterian Church (USA) voted Thursday to walk away from the Bible’s authority on marriage. By a lopsided 71-29%, the liberal denomination threw its support behind the redefinition of marriage, giving its shrinking congregations the flexibility to embrace what God condemns. Under a new resolution, pastors now have the green light to perform “any such marriage they believe the Holy Spirit calls them to perform.” The only stipulation, members decided, is that the marriage has to be between “any two people.”
Of course, this open rebellion is nothing new for PCUSA, which three years ago embraced openly homosexual clergy -- and watched as 438 churches left the denomination and realigned under more orthodox leadership. Now, several years into this “follow your feelings, not the faith” mentality, membership is in freefall. Like other openly rebellious denominations (see: Episcopal Church), the church is half the size it used to be, dropping from 3.3 million in 1980 to just 1.8 million. “What was once known as ‘mainline’ Protestantism will soon be the ‘flatline,’” D.C. Innes wrote in what will probably be the first of many PCUSA eulogies.
For too many of our pulpits, truth is built on the shifting sands of contemporary thinking -- rather than the solid rock of God’s Word. And marriage isn’t the only casualty. Showing just how radical the denomination has become, PCUSA (which insists abortion is “morally acceptable) also struck down a motion condemning horrific acts of violence like Kermit Gosnell’s. Instead, members agreed with President Obama’s barbaric belief that babies who survive abortions should be left to die.
As if that weren’t enough, the group also threw its weight behind an Israeli boycott, becoming the only major U.S. denomination divesting the Jewish state -- a line even the far-Left Episcopal Church and United Church of Christ wouldn’t cross. (PCUSA member Rep. Frank Wolf took particular exception to that move, even going so far as to speak out from the House floor.) Leaders insisted even these decisions were “the result of deep discernment to hear God’s voice and discern God’s will.” Obviously, that “deep discernment” didn’t include even a cursory study of Scripture, which is replete with warnings about the kind of moral compromise the church is embracing.
Like us, Rev. Franklin Graham knows America’s greatest hope is its pulpits. When the church loses its voice, the country loses its conscience. “It’s a sad day for the church in America when the church supports and promotes sinful behavior,” he wrote. “The Presbyterian Church (USA) voted overwhelmingly to allow their clergy to perform same-sex marriage ceremonies. This is the inevitable result of rejecting the absolute truth and inerrancy of God’s Word, which clearly states that marriage is between a man and a woman (Ephesians 5:31) and condemns homosexual behavior (Romans 1:24-27).”


The Best Social Program Is Still the Intact Family 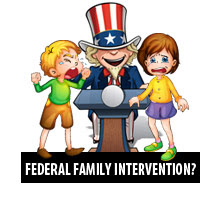 Yesterday, President Obama conducted a “Summit on Working Families.” Cosponsored by the far-Left Center for American Progress (which former employees say illegally colludes with the Obama administration), Mr. Obama’s remarks were striking not so much because of their predictable appeal to government-designed and -funded “solutions” to family issues but by what he never mentioned in his remarks: marriage.
Rightly saying that family is “the bedrock of our lives,” Mr. Obama immediately looked to Uncle Sam for a variety of actions to help Americans struggling to sustain both jobs and strong families. These include paid leave time to care for family members in needs; “quality, affordable” daycare and pre-school programs; a higher minimum wage; and a proposal to “invest $25 million in helping people who want to enroll in jobs programs, but don’t currently have access to the childcare that they need to enroll in those job training programs.”
It’s not surprising that a President who believes that the federal government should play an invasive role in so many aspects of our lives believes that the way to help families is through more government mandates and higher federal spending. What is surprising, and deeply disappointing, is that in his remarks, he never once mentioned the word “marriage.” Not one time. As I have said over and over again, and as FRC’s Marriage and Religion Research Institute has documented in great detail, “the intact married family that worships weekly is the greatest generator of human and social positive outcomes and thus it is the core strength of the United States.”
In short, strong families depend on strong marriages -- and not just the union of two people, but a lifelong marriage of a woman and a man, a mother and a father. Children don’t just need loving adults; they need the influence and life-investment of a mom and a dad. President Obama had, perhaps, another reason for not mentioning marriage: He knows how controversial his “evolution” in supporting same-sex “marriage” has been and, yesterday, didn’t want to distract from his larger message about federal intervention.
Additionally, the President’s economic policies facilitate the very strain on families he decries. Federal regulations, massive government spending, huge and intrusive federal programs, the exorbitant and oppressive ObamaCare mandate on business of all sizes, and a federal tax regime that nibbles ever more deeply into the private sector’s capacity to grow all the robust job and income growth America needs. His economic initiatives create the very financial and time pressure on families he says he wants to alleviate.
A strong economy demands strong families. Strong families demand moms and dads. Moms and dads, to build strong families, need to be married. These assertions are well-documented and are frankly, just plain common sense, but at present they seem to elude many of our nation’s leaders, including the President.
** With everything exploding in the Middle East, the media spotlight isn’t nearly so bright on Bowe Bergdahl. Find out why it’s important to keep the pressure on this prisoner swap in Lt. Gen. Jerry Boykin’s new Breitbart piece, “Bergdahl: Three Unanswered Questions.” Speaking of Iraq, FRC’s Ken Blackwell tackles the fallout from the ISIS takeover in his latest column, “Iraq Crisis: Latest Sign of U.S. Vulnerability to Oil Price Spikes.” Finally, don’t miss Bob Morrison’s reflections on a recent Michigan trip in American Thinker, “Windmills of Faith, Family, and Freedom.”
*** If you missed last night’s “Kelly File” interview, check it out below. 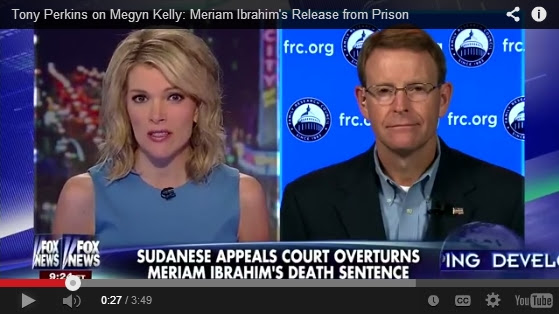